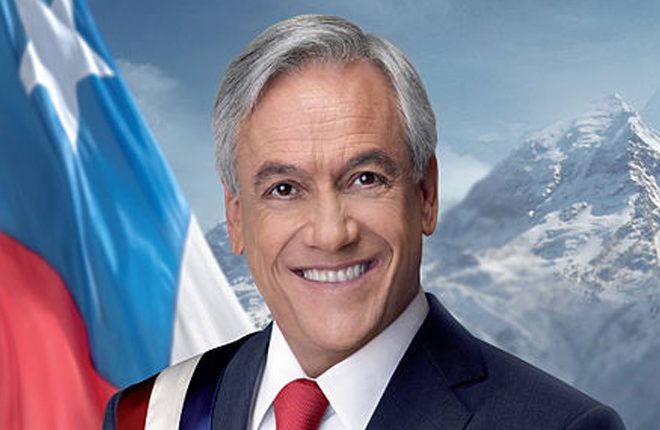 (Press Unit in the Office of the Prime Minister) – The Government of St. Kitts and Nevis has extended its heartiest congratulations to His Excellency Sebastián Piñera, who was sworn in as President of the Republic of Chile on Sunday, March 11, 2018, following his victory in the December 2017 presidential election.

In a congratulatory letter to Chilean President Piñera, Prime Minister Dr. the Honourable Timothy Harris said, “Your appointment demonstrates the great confidence that the people of Chile have placed in your administration and its record of achievements.”

“Over the years, relations between our two countries have expanded in most spheres and at all levels, in which we have made significant strides,” Prime Minister Harris stated, noting, “I am confident that the bonds of friendship will be further strengthened during your tenure.”

Dr. Harris’ letter to President Piñera continued, “The Government and people of St. Kitts and Nevis wish you every success as you execute the mandate that has been entrusted to you and your administration. We look forward to working with you in the bilateral and multilateral context to our mutual advantage.”

In 2014, St. Kitts and Nevis and Chile signed a Visa Waiver Agreement permitting nationals of both countries to travel visa free to either country for a period of up to 90 days.