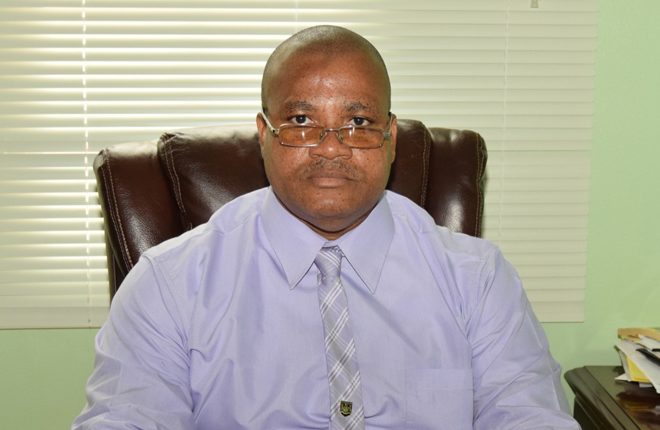 (Press Unit in the Office of the Prime Minister) – The Dr. the Honourable Timothy Harris-led Team Unity Administration has brought relief to more than 150 individuals on both St. Kitts and Nevis by rectifying a situation it inherited from the former administration relating to the long service gratuity and severance payments.

Speaking with the Press Unit in the Office of the Prime Minister on Friday, January 12, 2018, Permanent Secretary in the Ministry of Labour, Mr. Ron Dublin-Collins, said the settling of these long overdue claims was a major focus of the Government.

Mr. Collins explained that, “We would have had persons who would have submitted names to the Department of Labour. Some of these claims have been there for a period of time and [there are] those from most recent times. Those claims go through a process where there is an investigation into the validity of the claim [to ascertain] whether the individual is entitled to severance or long service. Once this is ascertained and it is found that yes the person is entitled, then they should be paid.”

“Regrettably, a number of claims had not been paid, and so we made the appeal to the Government, and with the assistance of the Government we were able to make that payment of almost two million dollars,” Mr. Collins said.

In December 2017, the Government settled over eighty percent of the outstanding approved claims under Phase One of the Payment Plan for Severance and Long Service Gratuity. The Ministry of Finance released EC$2 million to settle the 157 claims, which totaled $1,631.316.09.

Mr. Collins said their aim is to commence the second phase of major payments by the end of the first quarter of 2018. This, he said, will bring the Severance Payment Fund up to date in terms of payments of outstanding claims.

The permanent secretary also noted that measures are being put in place to ensure that such a situation never repeats itself.

“What we are promising persons is that going forward there will be a timely way in which we process your funds; the communication will be much more improved with the general public. Once you have made the claim, the officers are required to ensure that proper investigation is done and that the individual is kept abreast as to where they are with the investigation, and where ever there are challenges they are brought in and they are advised that this is what the challenge is.”

In 2017, Prime Minister Harris reported to the nation that the Severance Payment Fund, from which severance and long service gratuity monies are drawn, was poorly managed under the former Douglas-led Administration and this led to a backlog of claims against the fund going as far back as 2009.