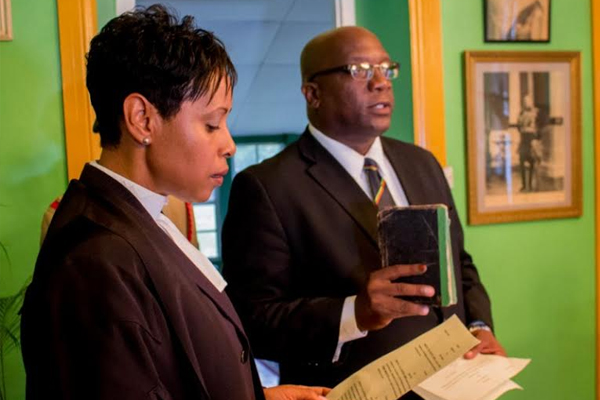 St. Kitts and Nevis has a New Prime Minister

Late Wednesday afternoon, the Hon. Dr. Timothy Sylvester Harris, in the presence of his Team Unity colleagues, supporters, government officials and media, took the Oath of Office, Oath of Allegiance and Oath of Secrecy.

Governor General, His Excellency Sir Edmund Lawrence also issued the necessary instruments of office to Prime Minister Harris, making complete the transition from the former administration to the new.

During Wednesday’s swearing in ceremony, the Federation’s new Attorney General was also appointed. The rumours which had been circulating that Vincent Fitzgerald Byron would be appointed to the position were confirmed.

For an unelected individual to receive ministerial appointments in St. Kitts and Nevis they must first be made a Senator. Just before receiving his appointment as Attorney General, this procedure was observed.

The oaths were administered by Her Ladyship, Justice Marlene Carter.

It is expected that additional ministerial appointments along with the necessary instruments of office will be issued shortly.

The appointment of those who will now serve as Her Majesty’s Loyal Opposition will also occur on a date yet to be announced.