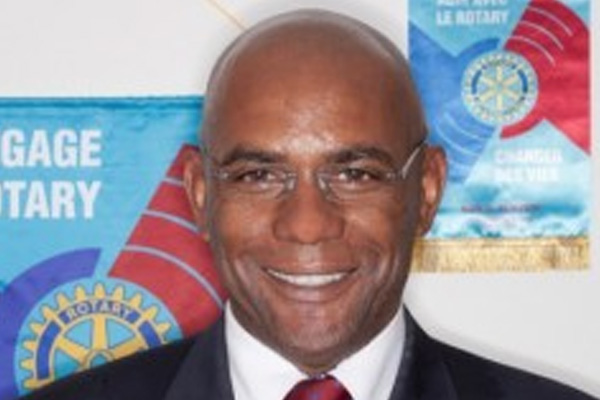 District Governor Honore will visit the Federation of St. Kitts and Nevis from January 9-11, 2014. As part of his visit to the Federation, District Governor Honore will participate in a panel discussion about ‘Rotary and its role in the community’ on Thursday, January 9 at St. George’s Anglican Church Hall from 4:30 to 5:45 pm.  This visit comes at an opportune time in the Rotary year as January is celebrated as Rotary Awareness Month by all clubs throughout the world each year.

District Governor Honore is a civil engineer, philanthropist and entrepreneur. He was President of the Martinique Arts & Métiers Engineers Association from 1999 to 2012. Between 1996-2002, he was Administrator of the CAISSE D’ALLOCATIONS FAMILIALES of Martinique, a non-government organization giving social and financial supports to families. He was also Vice-President of AFPA Martinique, a non-governmental organization delivering training sessions to adults, from 2001 to 2004.

He joined the Rotary Club of François (Martinique) in 1998 and after being director on several occasions became President of his club for the Rotary year 2003-2004. He was Assistant Governor for four years, 2006, 2007, 2009 and 2010. He has also served as District Officer. District Governor Honore is a Paul Harris Fellow with a top level (x5 level) status.  Named after Rotary’s founder, the Paul Harris Society recognizes those who annually contribute US$1,000 or more (or has that amount contributed in his or her name) to the Annual Fund, Polio Plus, or an approved Rotary Foundation grant.

During his 3 day visit, District Governor Honore will also pay courtesy calls on His Excellency the Governor-General Sir Edmund Lawrence and Prime Minister the Right Honourable Dr. Denzil L. Douglas. He will also tour both islands and install a Four-Way Test sign at the Beach-Allen Primary School.