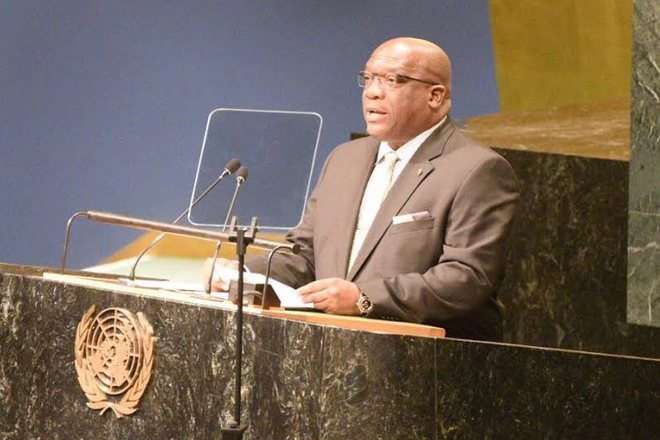 (SKNIS)—St. Kitts and Nevis has joined the rest of the international community in condemning nuclear tests conducted by the Democratic People’s Republic of Korea (DPRK), the most recent one being on September 09, 2016.

Since inheriting power from his father in 2011, Kim Jong Un has stepped up the pace of trials of nuclear bombs and ballistic missiles. On September 9, Pyongyang carried out its fifth nuclear test on the holiday that celebrates the founding of North Korea’s communist regime. In January of this year, it carried out a prior nuclear test and there were three previous ones in 2013, 2009 and 2006. North Korea’s increasing forcefulness is making the international community extremely nervous.

Speaking at the 71st Session of the United Nations General Assembly on September 24, Prime Minister of St. Kitts and Nevis, Dr. the Honourable Timothy Harris, said that Pyongyang’s actions “constitute a threat to peace and security on the Korean Peninsula and the wider international community.”

“St Kitts and Nevis stands resolutely with those who seek to ensure a peaceful world free of the ravages of war and violence,” Prime Minister Harris added.