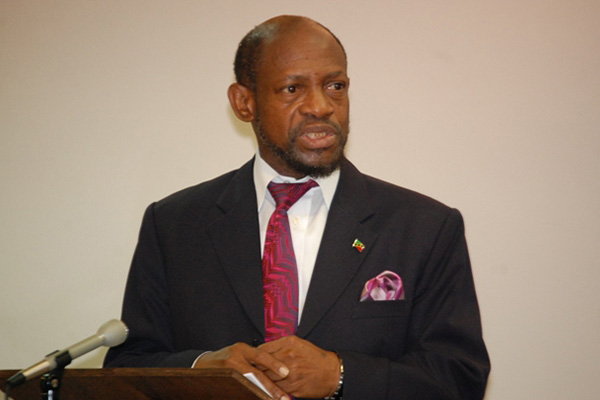 He told listeners to his weekly radio programme “Ask the Prime Minister,” it was very important for everyone to understand that the International Monetary Fund often proposes – and sometimes demands – that various countries follow specific policy paths.

“At first, we faced great resistance from the IMF – because our approach was so innovative.  But before long, we had won the full and unequivocal support of the Fund, when the results began to show, once again, that your Government’s competence, expertise, and sense of responsibility were indeed preventing St. Kitts and Nevis from being utterly pummelled by the worst economic crisis to hit the international community since the late 1920’s. Indeed, not only did we prevent the nation from being pummelled, but our policies produced the kind of results that led to the repeated positive assessments,” the Prime Minister told listeners.

“Most all, however, the IMF reported that our country was continuing to make “commendable progress”  –  and let us please take note of those words ‘St. Kitts and Nevis continues to make commendable progress’ under our own home-grown programme. And we must note that second cluster of words also – ‘under St. Kitts and  Nevis’ own home-grown programme’,” said Dr. Douglas.

Last month, the IMF reported that there were firm signs of a recovery in 2013 with Real Gross Domestic Product (GDP) estimated to have grown by 1.7 percent as a result of a pickup in tourism and construction, and employment with number the total employees up by 10.2 percent and wages up by 5.1 percent in the first half of 2013.

The IMF also reported that inflation has remained low at 0.6 percent through end-October (y/y). The financial system has remained stable; the current account deficit narrowed from over 20 percent prior to 2011 to about 11-12 percent in 2012 and 2013 and the improved current account, together with strong capital inflows has significantly strengthened the external position. International reserves have increased since the start of the SBA from 5-months-of-imports to over 8 months at end-November 2013 (or 6 months excluding IMF disbursements).

The fiscal position has substantially improved, from a deficit of 7.8 percent of GDP in 2010 to a projected surplus of 8.6 percent in 2013.

The improved fiscal situation allowed for the 13th month wage payment in September 2013 after a nominal wage freeze since 2010.

The IMF predicted that growth in 2014 is expected to accelerate to 2.5-3 percent, with the continued recovery in tourism—supported by an increase in air lift capacity—and ongoing construction activity fueled by CBI related inflows and other Foreign Direct Investment (FDI) projects. Over the medium-term, the economy is expected to continue to recover and reach its potential growth rate of about 3-3.5 percent.