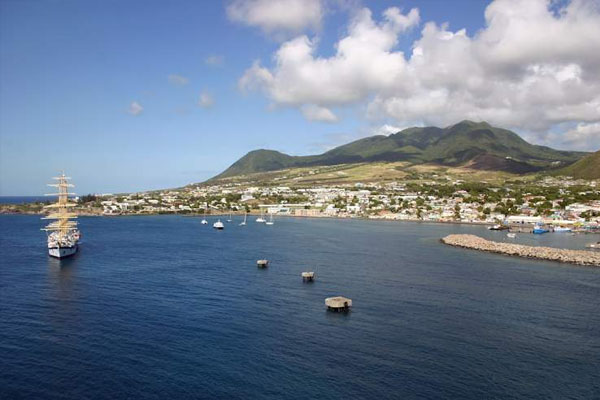 Among the CARICOM nations, St. Kitts and Nevis is ranked fifth and second among the countries of the Organisation of Eastern Caribbean States (OECS).

Among the 187 countries, Cuba, which is not a member of CARICOM, is ranked 44.

According to the UN document, St. Kitts and Nevis HDI value for 2013 is 0.750— which is in the high human development category — positioning the country at 73 out of 187 countries and territories.

The UN body pointed out that the Gross National Income (GNI) per capita is expressed in constant 2011 international dollars converted using purchasing power parity (PPP) rates, stating that long-term progress can be usefully compared to other countries.

For instance, during the period between 2010 and 2013 St. Kitts and Nevis, St. Lucia and Grenada experienced different degrees of progress toward increasing their HDIs. (Figure1).

From Latin America and the Caribbean, countries which are close to St. Kitts and Nevis in 2013 HDI rank and to some extent in population size are Antigua and Barbuda and Dominica, which have HDIs ranked 61 and 94 respectively.

St. Kitts and Nevis also leads Antigua and Barbuda, Dominica and Latin America and the Caribbean in selected countries and groups.

The HDI is a summary measure for assessing long-term progress in three basic dimensions of human development: a long and healthy life, access to knowledge and a decent standard of living.

Just as in the 2013 HDR, a long and healthy life is measured by life expectancy. Access to knowledge is measured by: i) mean years of education among the adult population, which is the average number of years of education received in a life-time by people aged 25 years and older; and ii) expected years of schooling for children of school-entry age, which is the total number of years of schooling a child of school-entry age can expect to receive if prevailing patterns of age-specific enrolment rates stay the same throughout the child’s life. Standard of living is measured by Gross National Income (GNI) per capita expressed in constant 2011 international dollars converted using purchasing power parity (PPP) rates.

The UN pointed out that it is misleading to compare values and rankings with those of previously published reports, because of revisions and updates of the underlying data and adjustments to goalposts. Small changes in values should be interpreted with caution as they may not be statistically significant due to sampling variation. Generally speaking, changes at the level of the third decimal place in any of the composite indices are considered insignificant.