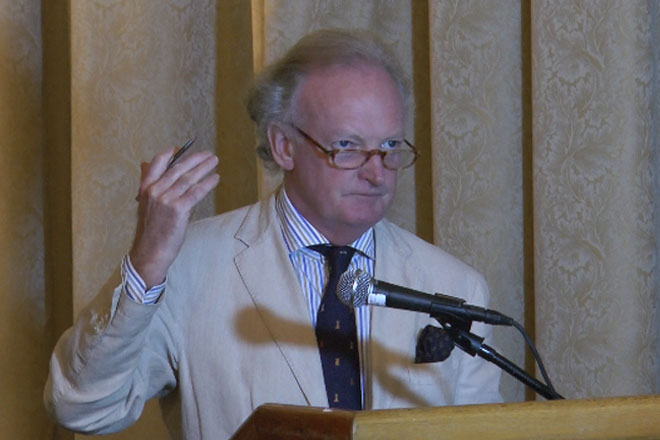 (ZIZ News) – The two-day conference on the Ethical Dimensions of the Information Society and Internet Privacy has been deemed a success.

The consultations and workshops wrapped up with a press conference on Thursday afternoon.

More than 200 representatives from government, media, the youth, and other stakeholders participated in the sessions, aimed at formulating a way forward in addressing information ethics challenges and opportunities in Small Island Developing States.

Among the contributors was Jason Davis of ZIZ Broadcasting Corporation, and former ZIZ employee, now C.E.O. of Miyvue.com, Val Henry.

At the end of the event, St. Kitts and Nevis formulated a declaration which in essence, outlined the importance of Information and Communication Technologies in overall national development. It acknowledged the risks faced by the youth and other vulnerable groups.

During the final press conference, David Doyle, the Federation’s Ambassador to UNESCO, said the strong turnout and varied participation indicated that the conference was a success.

“We also had a lot of students from across the Federation and teachers as well. Secondly, we had high-level speakers. Two ministers, a Queens Counsel who came to express and articulate the views of the government. And last but not least, I think we reached a consensus on this complex and difficult issue that every sovereign state trying to tackle at the moment,” Doyle said.

Secretary General of the National Commission for UNESCO, Antonio Maynard noted, “We hope that we can get several project proposals out of this event moving forward in terms of engaging young people and in terms of educational intervention and infomercial activities in the media to sensitize the young people about this important subject matter.”

Meanwhile, Youth Participant, Rheanna Cozier said while the conference was very informative, she believed that the presenters were not fully aware of how the youth use social media.

She said, “Having the stuff that we have, like I.A’s and S.B.A.’s, it really sets us back when we go home to do them. So please don’t see it as we use social media, YouTube for example, as a way to fool around in school, as it does not define us.”

Organizers say this is just the early stage of an overall project and there are plans to host meetings between the youth and policy makers to ensure that their concerns are heard and their specific needs are tackled.