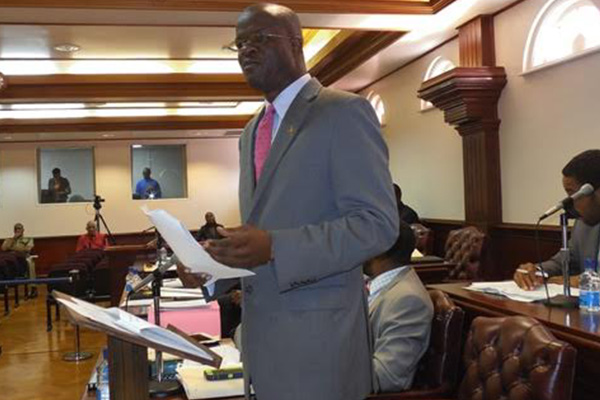 St. Kitts and Nevis stands to benefit from Turkish contribution

Basseterre, St. Kitts (CUOPM) – St. Kitts and Nevis stands to benefit from a US$2 million contribution to the Caribbean Community (CARICOM) Development Fund (CDF) from the Government of Turkey.

The funds, the second in less than a year, are to be used in consultation with the Turkish authorities for projects submitted by member countries of CARCIOM.

CARICPM Ambassador Lorne McDonnough thanked the Turkish government for its contribution, noting that it confirmed the confidence that country had in the work being done by the CDF.

“Both contributions are the result of discussions over the last three years between the CDF and the government of Turkey and represent a tangible expression of Turkey’s desire to strengthen its ties with CARICOM member states.

“An important part of our mandate is to ameliorate the disparities among CARICOM member states and any dislocations which may result from the implementation of the CARICOM Single Market and Economy (CSME) and this second donation from the Turkish government will go a long way in assisting us with our mission,” McDonnough explained.

To date, the CDF has approved over EC$112.86 million (US$41.8 million) in assistance to member states through its country assistance programmes (CAPs), with the board approving CAPs for Grenada, Dominica and Guyana in 2013, as well as supplementary funding for St. Vincent and the Grenadines as additional support for the development of that country’s new Argyle International Airport.

The CDF was established under Article 158 of the Revised Treaty of Chaguaramas “for the purpose of providing financial or technical assistance to disadvantaged countries, regions and sectors.”

Whilst all members of the CDF can receive financial and technical assistance support, only the designated disadvantaged countries — the LDCs (OECS and Belize) and Guyana (as a highly indebted poor country) have access to resources during this first contribution cycle.