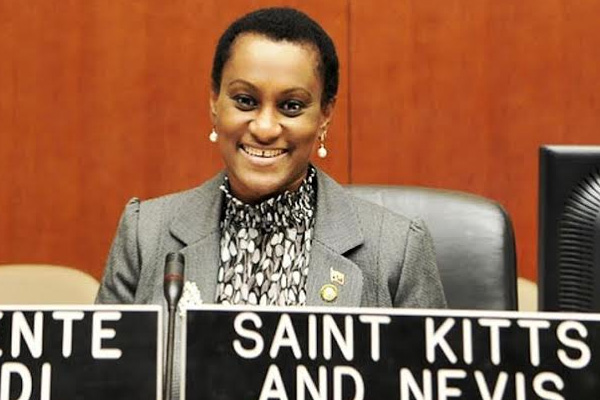 Basseterre, St. Kitts (SKNIS): The Model Organization of American States (MOAS) General Assembly, will prepare youth of the Americas for leadership roles, whilst signaling another first for St. Kitts and Nevis.

According to the Deputy Secretary General of the Organization of American States (OAS) Ambassador Albert Ramdin, the inaugural MOAS General Assembly which will be hosted by St. Kitts and Nevis marks a significant milestone. He stated the positives to having such project launched in the Federation.

“The good thing is that 150 – 200 students from the world will be here not only to experience St. Kitts and Nevis but to exchange views, learn from each other and build negotiating skills,” he said. “It is a very practical hands – on activity to build skills and at the same time discuss the four pillars of the OAS which includes, security, human rights, development and democracy.”

Permanent Representative, Ambassador H.E. Jacinth Henry-Martin, expressed her gratitude to the OAS for hosting this event in the Federation and urged the public to get actively involved.

“The MOAS represents an opportunity for the youth of St. Kitts and Nevis,” she stressed. “The wider public should do all they can to find out more about the OAS as there are a lot to be discovered.”

As the recent chair of the OAS Permanent Mission, Ambassador Henry – Martin expressed that it was an occasion to demonstrate the possibilities within the OAS.

“I saw this as an opportunity where we (St. Kitts and Nevis) can demonstrate that we are active and participating as members of the OAS,” she said. “At the same time, it affords an opportunity to our young people to not only see the OAS from a distance, but to be involved in simulating what we do on a routine basis at the OAS.”

Henry-Martin urged the youths to take an active part in finding out more about OAS as it boasts many opportunities for them.

“I also see this as an opportunity for young people to consider what their career options can be, with greater perspective in terms of if they are doing languages, law, social work or engineering,” she stated. “The OAS is so broad that its work encompasses several areas.”

“I believe our (St. Kitts and Nevis) sixth formers in the Federation can see opportunities for their greater professional and personal career and development options.”

Mr. Ramdin explained that during the MOAS, the delegations from each participating member state will not be representing the country they were sent from. For example: a delegation from St. Kitts and Nevis might represent the member – state of Grenada, Ecuador or Brazil.

The MOAS is expected to take place in the third week of October, 2014 and will run for a period of three days.