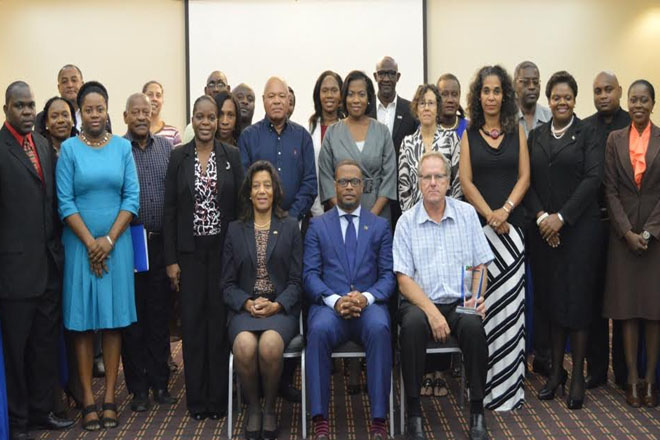 During that meeting, Minister Brantley set forth his charge to the Honorary Consuls, noting the time had come for citizens and friends of St. Kitts and Nevis to pool resources, ideas and expertise and unite in building a stronger and even better nation.

“As Minister of Foreign Affairs, it is my duty to translate this national vision into a proactive, practical and robust foreign policy, rooted in the demands and realities of the 21st century that would enhance St. Kitts and Nevis’ regional and global footprints in support of our medium and long term goals and priorities,” Minister Brantley said, adding that his ministry must expand its outreach to develop new and strategic partnerships to ensure that cooperation becomes a powerful motivating force for positive change.

“As the Government of St. Kitts and Nevis endeavours to pursue a comprehensive and multidimensional public policy that builds on the past gains to support the conditions in which investment, creativity, innovation and entrepreneurship can prosper and thrive, it is important and urgent that we enlist our international partners to become active stakeholders in our country’s future,” he said.

He urged the Honorary Consuls to continue collaborating with the government in promoting interests in key sectors of the economy.

“We invite you to find new and innovative ways to apply your skills, experience and resources to advancing the resilience-building and prosperity agenda of St. Kitts and Nevis,” said the Foreign Minister, while noting that although the federation is faced with the challenges of being a small nation in a globalized and asymmetrical world, the government and people of the twin-island federation have proven to be fit and ready to rise to the challenges.

The Honorary Consuls, who are based here, act as direct liaisons between the countries they represent and St. Kitts and Nevis.

Douglas Gillanders, who liaises with the Kingdom of Netherlands, was awarded as the longest Honorary Consul in the federation.