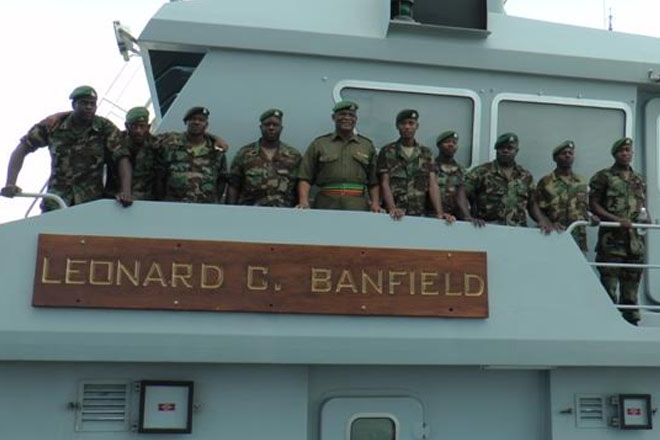 Public Relations Officer of the Defence Force, Captain Kayode Sutton said the soldiers travelled on the Leonard C. Banfield Patrol Vessel, which is the Barbados Coast Guard Vessel, and once in Dominica, will team up with other troupes representing the Regional Security System (RSS) working closely with CDEMA – Caribbean Disaster Emergency Management Agency – to assist with the relief effort there.

“What we will be doing is pretty much everything and anything that needs be done. Be it recovery, be it relief, distribution of goods, security operations, name it, the soldiers have been briefed and they’ll just go in there and assist in the situation and try to bring the situation in Dominica to normalcy,” Captain Sutton told ZIZ News minutes before the soldiers’ departure.

He said the soldiers will remain in Dominica indefinitely.

“The soldiers are supposed to be there for a number of weeks in the first instance and that can be extended as need be if the situation demands. Or we’ll probably have to send some more soldiers to relieve them,” he explained.

Lieutenant Ryan Alleyne of the Barbados Coast Guard said this comes on the heels of Exercise Tradewinds where one of the main focus areas was disaster relief management.

As the soldiers waited to board the vessel, which was docked at the Deep Water Harbour, several tourists used the opportunity to create a souvenir moment with them, through photography.