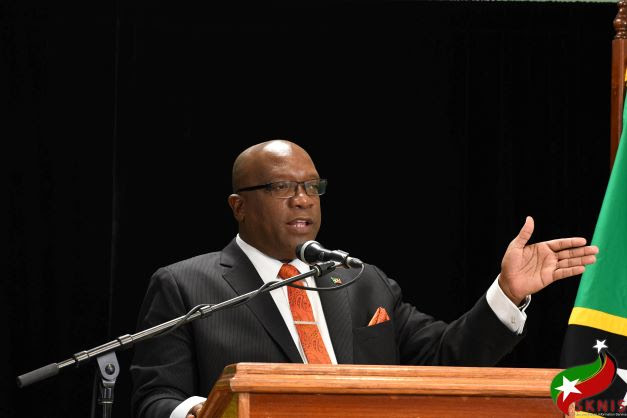 The measures include a moratorium (hold) on arrears of electricity bills, a freeze on disconnection of electricity service, provided that consumers pay the current portion of their bills, as well as a waiver of the $150 electricity reconnection fee.

“My Government has responded with compassion to the pleas of residential customers to do something to ease the pressure of electricity costs on their livelihoods,” said Prime Minister, Dr. the Honourable Timothy Harris, at a Cabinet Press Conference on Wednesday, June 29, 2022.

External factors such as the conflict in Ukraine have driven up the cost of oil, which in turn has caused hardships in countries around the world. St Kitts and Nevis is no exception to the dramatic spike in the price of fuel.

“The cost of fuel has more than doubled and it has resulted in subsidy being provided by the Government to be able to keep lights in your home,” Deputy Prime Minister and Minister of Public Infrastructure, the Honourable Eugene Hamilton, said at the same press conference.

He explained that for the month of June, the Government spent a total of $9.5 million so that the St. Kitts Electricity Corporation Ltd (SKELEC) could continue to provide electricity to consumers. Without the subsidy, the Deputy Prime Minister estimated that tariff increases would incur, and the cost of electricity bills per household may have jumped by an additional $500 per household.

“We don’t know when it (rising prices) is going to stop because we still have the war in Ukraine, and we do not have control over the cost of fuel,” Minister Hamilton said.

Consumers were strongly encouraged to conserve utility usage in order to reduce the high demand on the electrical grid which in turn drives up the need for fossil fuel to generate electricity. The Government is also moving ahead with plans to enhance green energy alternatives, particularly solar energy.