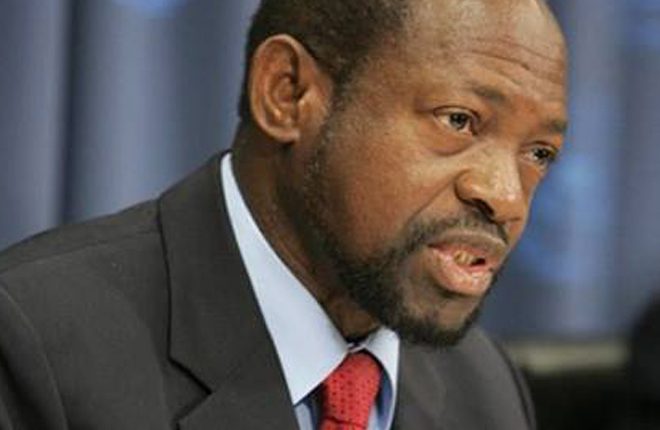 (Press Unit in the Office of the Prime Minister) – Dr. George Walker, a seasoned politician of the New Democratic Party (NDP) out of St. Vincent and the Grenadines, recently weighed in on the constitutional matter unfolding in St. Kitts and Nevis where Leader of the Opposition, the Right Honourable Dr. Denzil Douglas, is found to have been issued and travelled on a diplomatic passport which lists his nationality as Dominican.

In his presentation on the National Assembly Elections Amendment Bill 2009 tabled in Parliament on July 03, 2009, Dr. Douglas passionately defended the Constitution where Members of Parliament (elected and appointed), who hold dual citizenship, are disqualified from representing the people in Parliament.

Years later, Dr. Douglas has now found himself entangled in a situation where it has been found that he was issued a diplomatic passport of the Commonwealth of Dominica which lists his nationality as Dominican.

The Parliamentary Representative for St. Christopher Six admitted in a sworn affidavit filed in the High Court Registry on February 21, 2018, that he filled out an application form and was issued with a diplomatic passport of the Commonwealth of Dominica, which he has used to travel.

Dr. Walker said, “When the shoe is on the other foot and one finds him or herself in that position, you realize that we move the goal post again to suit ourselves, and then it begs the question, are you a statesman or a politician when called upon?”

He added, “With this entitlement syndrome…the line becomes blurred with regards to the statesman and the politician, and like a politician watching you when he is trapped with the evidence trying to talk himself out of it, trying to maneuver himself out if it, it tells you that unlike the Deputy Prime Minister Shawn Richards who is a statesman, who stood under the light—the politician on the other hand, because he or she has lost the capacity for shame, he is unable to determine wrong from right and he hides himself behind legalities.”

The Government has now challenged the Leader of the Opposition in court regarding his eligibility to serve as a Member of Parliament while being the holder of a diplomatic passport of the Commonwealth of Dominica, which identifies his nationality as Dominican.

Dr. Douglas is next expected to appear in court on this matter on April 20, 2018.