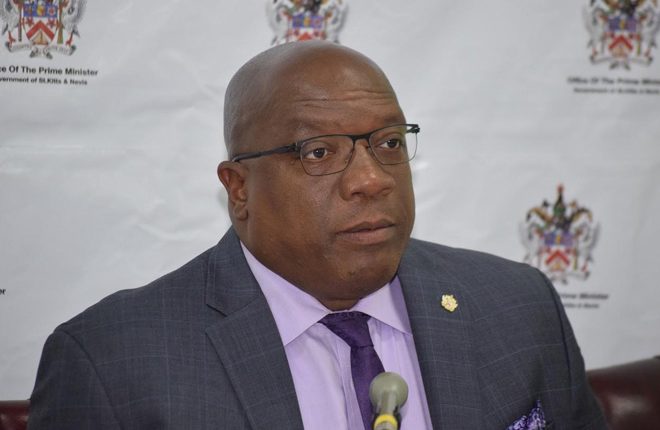 St. Kitts-Nevis passports deactivated for economic citizens alleged to have absconded with US$100 million from China

BASSETERRE, ST. KITTS, MAY 12TH, 2017 (PRESS SEC) – The Federation of St. Kitts and Nevis has deactivated the passports belonging to the two economic citizens alleged to have defrauded state institutions in the People’s Republic of China out of US$100 million.

“They don’t have a St. Kitts and Nevis passport on which they could travel,” Prime Minister Dr. the Honourable Timothy Harris disclosed during his press conference on Wednesday, May 10th, 2017, one day after he addressed the nation in relation to the matter. “So they have no legitimate passport for St. Kitts and Nevis,” Prime Minister Harris added.

During his National Address on Tuesday night, Prime Minister Harris informed the public that the St. Kitts-Nevis Government is actively investigating the matter surrounding the economic citizens of Chinese descent, who applied for and obtained St. Kitts and Nevis citizenship in 2013 during the tenure of the Denzil Douglas regime and have been living in the Federation since 2014.

The former Douglas regime had granted them St. Kitts and Nevis passports with their country of origin concealed.

This dubious practice by the former regime of issuing passports without the country of birth field may very well have factored into the Canadian government’s decision to revoke the visa-free status of citizens of St. Kitts and Nevis, effective November 22nd, 2014. After all, the announcement by Canada cited “concerns about the issuance of passports and identity management practices within its [St. Kitts and Nevis’] Citizenship by Investment program.”

According to records provided by the Canadian Bank Note [the company that produces passports for most of the CARICOM member states, including St. Kitts and Nevis], 15,197 regular passports, 91 diplomatic and 39 official passports were issued without the country of birth field under the Denzil Douglas regime. The total (15,327 passports) amounts to almost 30 percent of the country’s population.

“My Government has taken the decision to deactivate all passports issued by the former government without the country of birth field,” Prime Minister Harris informed the public during one of his monthly press conferences back on March 9th, 2017.

“All such holders will have to reapply for a new passport, which will contain the relevant country of birth field and they will pay the cost of the new passport. This, of course, is an imperative to safeguard the integrity of our passport, to comply with international best practices, and to satisfy our commitment to being a responsible member of the international community,” Dr. Harris explained.

At this past Wednesday’s press conference, Attorney General the Honourable Vincent Byron Jr. said the two Chinese economic citizens in question were issued St. Kitts and Nevis passports back in September 2013 and “the three passports [one out of the three passports was issued for a child] that they had were deactivated among the 15,197.”
The Attorney General further stated that they have recently reapplied for the passports, but “[the Ministry of National Security] has not issued any passports to these two and they do not have a valid St. Kitts and Nevis passport.”