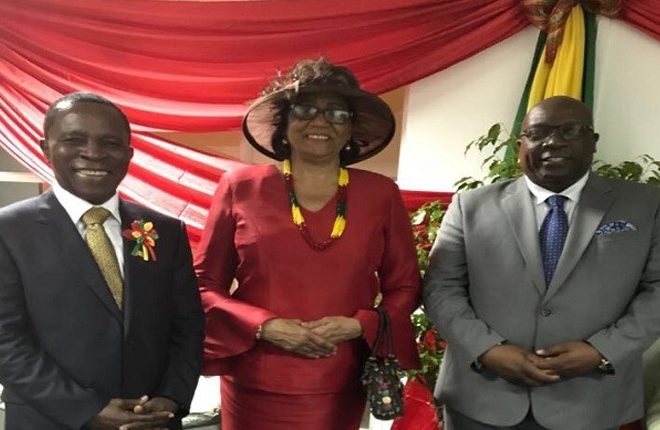 BASSETERRE, St. Kitts, February 7, 2019 (Press Unit in the Office of the Prime Minister) – The Prime Minister of St. Kitts and Nevis, Dr. the Honourable Timothy Harris, is extending congratulations and best wishes to the Government and people of Grenada on the occasion of that country’s observation of its 45th anniversary of Independence today, Thursday, February 7, 2019.

Grenada attained Independence from the United Kingdom in 1974.

The country is observing this year’s Independence celebrations under the theme, “Celebrating 45 years building Resilience and Enhancing Social and Economic Transformation.”

In a congratulatory letter to Grenada’s Prime Minister, Dr. the Right Honourable Keith Mitchell, Prime Minister Harris stated the theme chosen to observe his country’s 45th anniversary of Independence “speaks not only to the importance of celebrating this significant milestone in your nation’s development, but also the strong sense of commitment and collective will of the people of Grenada to make a positive change that will be transformative in nature.”