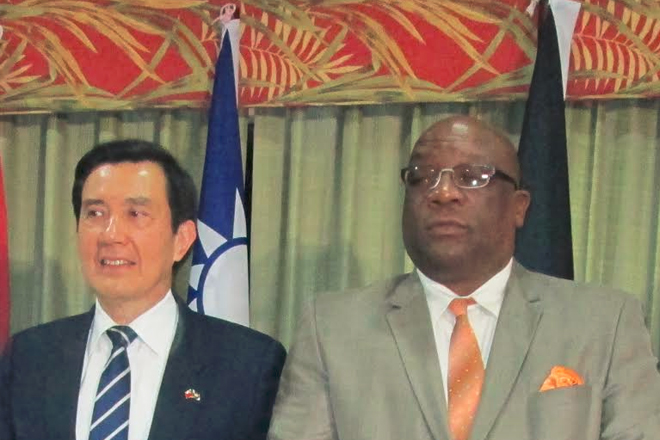 St. Kitts-Nevis receives commitment from Taiwan to partner on a far-reaching crime-fighting initiative

St. Kitts and Nevis and Taiwan, during a bilateral meeting held on Wednesday, March 16th in Belize, agreed to implement a far-reaching crime-fighting plan. This plan would expand the use of closed-circuit television (CCTV) in the hot spot areas for violent crime, increase opportunities for training in the St. Christopher and Nevis Police Force, and implement technological upgrades to consolidate information for enhanced efficiency.

“We would hope to count on your expertise and support with respect to our greatest challenge,” said Prime Minister Dr. the Honourable Timothy Harris, referring to the spate of violent crimes that the islands of St. Kitts and Nevis have been confronted with for close to a decade.

The Prime Minister added that, “The violence is restricted to gangs and those affiliated with the use of drugs. The rest of the population is somewhat insulated. So that [combating gang and drug-related violence] is a priority project for us, and we would urge you to see how quickly we could get a response.”

At the bilateral meeting, President Ma Ying-jeou sang the praises of crime-fighting technologies, which he said account for impressive results in Taiwan.

“Since 2008, the general crime rate went down in Taiwan about 40 percent. Telecommunications scams are some of the most serious crimes, and we’ve cut those in half. The petty crime rate has dropped 70 percent and violent crimes went down 80 percent. There are 2.6 million people in Taipei, the capital of Taiwan, and so far there are 13,700 CCTV devices. People feel safe,” the President said.

Prime Minister Dr. the Honourable Timothy Harris told President Ma Ying-jeou that, “What we are hoping to do is to prioritize the crime hotspots. So we want to target those areas.”

The President of Taiwan, Ma Ying-jeou agreed. “That’s the priority area. We will start from there,” the President said.