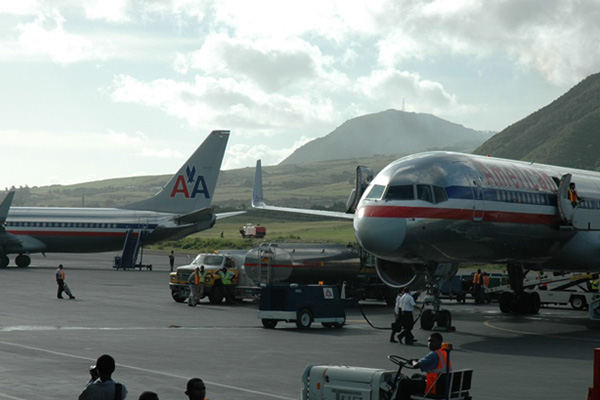 The Tourism Minister added: “This year is also turning out to be another record year.”

For instance, travel data for St. Kitts-Nevis show that air arrivals from January through April 2019 were up by 14.5 percent over last year, with North American arrivals even further up than that at 17.2 percent.

In his Tourism Awareness Month speech, Minister Grant also said that, “From January 2019 to July 2019, St. Kitts received 101,568 passengers, the highest ever in that period.”

Last year November 2018, he informed the public that airlift arrivals continued to trend upwards “when compared to comparable statistics from the previous year.” The Minister of Tourism said that for 2018 thus far, “We recorded a 14.3 percent increase system-wide and a whopping 20.3 percent increase from North America – our largest source market – for the first half of 2018 compared to the same period last year. For the month of March alone, arrivals increased by 29.6 percent system-wide and 45.5 percent from North America over March 2017.”

In recent times, major airlines, such as Air Canada, American, Delta and United, have expanded their service to the country from key international gateways like Miami, New York City, Newark, New Jersey and Toronto.

Alluding to the success that St. Kitts-Nevis is experiencing in tourism, Minister Grant said in his 2019 Tourism Awareness Month speech that, “Our Government and private tourism stakeholders together spend millions of marketing dollars enticing potential travelers from the Caribbean, the USA (our primary source market), Canada, the UK, and beyond, to choose our destination, over numerous other destinations globally.”

In addition to this, St. Kitts-Nevis is an attractive destination for many travelers who are drawn not only to its natural beauty, but also to its increasing focus on sustainable tourism. St. Kitts and Nevis captured the Destination Stewardship Award at the World Travel and Tourism Council (WTTC) 2019 Tourism for Tomorrow Awards, which was held in Seville, Spain in April.