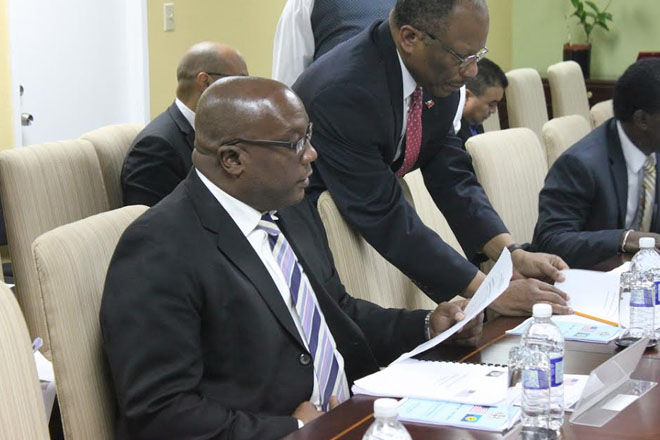 (ZIZ News) — Thursday’s opening session of the CARICOM-US Summit, which is being attended by a delegation from St. Kitts and Nevis led by Prime Minister, Hon. Dr. Timothy Harris, was streamed on the internet and broadcast on ZIZ Television.

The summit addressed major CARICOM concerns as many of the member states attempt to emerge from the lingering effects of the global economic and financial crisis.

“Mr. President, people across the CARICOM region followed both your election campaigns with heightened interest, particularly the 2008 election. Your slogan ‘Yes We Can’ was repeated at every opportunity, souvenirs were secured, your photograph has pride of place in living rooms, your victories have been ours,” she said.

Meantime, Chairman Christie explained the importance of the meeting.

“This meeting is important because it reinforces the obvious, symbiotic relationship which exists between the United States and the region. We are joined by history, by migration, by commerce and geography, inter-dependant with and upon the other. In many respects, we are kith and kin. It goes beyond treaties, agreements and trade. It is a real live working relationship,” Christie said.

In response, President Obama spoke with pride of the bonds between the USA and the Caribbean. He also had flattering words for the Caribbean islands and their people.

“The Caribbean is a place of extraordinary beauty, people of enormous spirit, unique talents, wonderful culture, we’re bound by friendship and shared values and by family and we have a great stake in each other’s success,” he said.

Dr. Timothy Harris will spend less than 36 hours in Jamaica as he, along with President Obama and other CARICOM leaders, will leave for Panama to attend the Seventh Summit of the Americas.