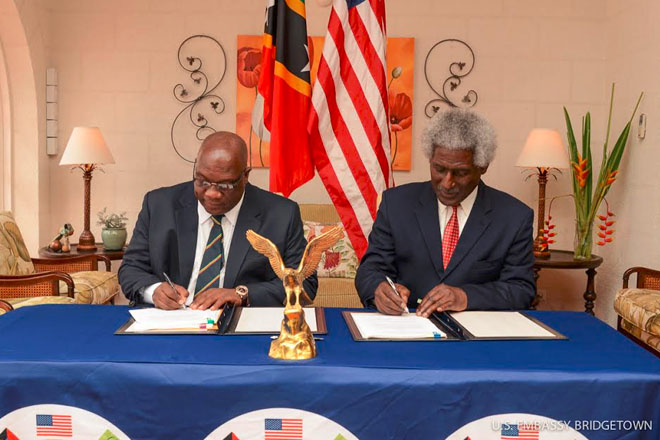 The symbolic act signing was facilitated on Monday [August 31st] and witnessed by U.S. Ambassador to Barbados, the Eastern Caribbean, and the Organization of Eastern Caribbean States, Larry Palmer.

He is quoted in a release from the U.S. Embassy in Bridgetown as saying, “The United States welcomes St. Kitts and Nevis’ commitment to enhancing global financial transparency by improving international tax compliance.”

Palmer said the “Signing marks a significant development in both nations’ collaborative efforts to combat offshore tax evasion- an objective that mutually benefits our two countries.”

He said, “FATCA is yet one more example of the deep and substantial ways in which the economies of St. Kitts and Nevis and the United States are linked.”

Enacted by the U.S. Congress in 2010, FATCA requires foreign financial institutions to report to the internal revenue service information about financial accounts held by U.S. taxpayers, or by foreign entities in which U.S. taxpayers hold a substantial ownership interest.