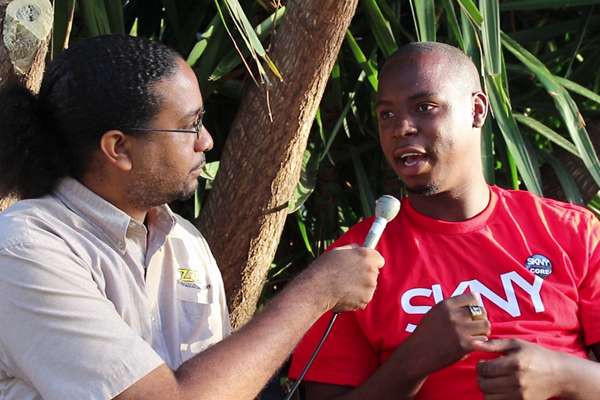 He said, “We know today we have a lot of youths in different situations. It’s just to get them all to come together and do something that they’re tailored to do. You know everybody has different talents or they’re capable of doing certain things….football, basketball, sewing, singing, dancing, so that’s what we’re trying to do, get them to do something along their avenue. Trying to get it done a different way to what people have done previously.”

SKNY Member Leslie Joseph, said the group is not a passing fad as it has long term plans to benefit young persons.

“I see SKNY being a permanent organisation on the island as it will bring the youth of both islands together and keep them together, working towards the overall betterment of society,” she explained.