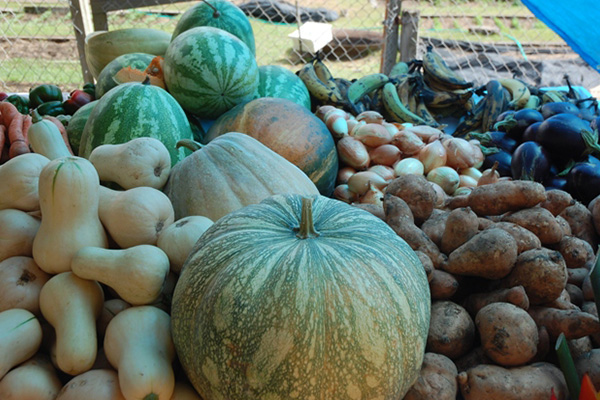 According to the Acting Director of Agriculture, Mr. Thomas Jackson, the increase in production could be attributed to increase acreage planted, the introduction of shade houses for vegetable production, the supply of water from dams during the dry period and favorable weather conditions during 2013.

He reported that for the period 2013, the Fruit and Tree Crop Sub-Programme placed emphasis on the establishment of an orchard at the Caribbean Agricultural Research & Development Institute (CARDI) Demonstration Farm at Estridge.

“Thirty four different cultivars were established. These include the traditional trees and uncommon trees like the Chocolate Fruit Tree, Ghaut Apple, Cainito and Mediterranean Date Palm,” said Mr. Jackson, who noted that the objective of this project is to provide a source for grafting materials.

He also disclosed that Dr. Lisa Morgan, an FAO Consultant, conducted a survey for Citrus Greening on the Federation. The disease was encountered in Green hill, Kittitian Hill and in Nevis.

“The main problem encountered on extension visits was croton scales on avocado, mango, guava and lime. Measures were put in place to remedy the problems. A total of 539 fruit trees and 65 ornamental plants were donated in 2013. The greatest quantity was papaya, followed by Ghaut apple and Surinamese cherry. In terms of ornamentals, the Pride of Barbados was donated in the greatest quantity,” said Mr. Jackson who also reported that when compared with the previous year, there was an increase in all plants propagated in the Unit.

He is of the view that a greater effort is needed to continue to increase production so as to satisfy the demand of farmers and the general public.