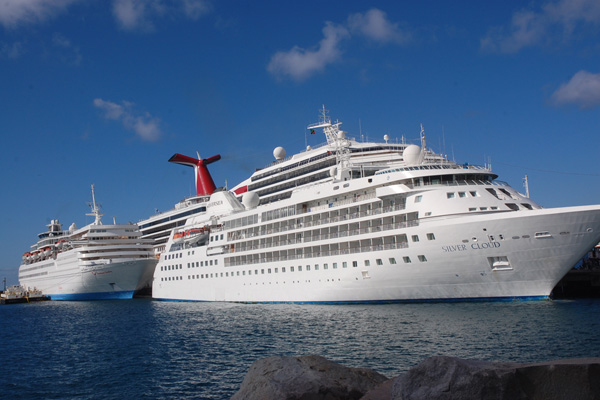 That’s according to St. Kitts and Nevis’ Minister of Tourism, Sen. the Hon. Richard “Ricky” Skerritt.

Minister Skerritt in an interview with well-known tourism writer, Gay Nagle Myers, said that for the first half of 2013, visitor arrivals to St. Kitts registered 2 percent year-over-year growth compared with the same period in 2012.

Sen. Skerritt said the growth was driven by a 5.2 percent jump in arrivals from North America, the primary source market.

He attributed increased visitor arrivals, in part, to new lift from the U.S. that began last winter with the addition of two non-stop flights on American Airlines from Miami on Fridays and Sundays to supplement its daily Miami flight and to Delta’s upgrade of aircraft size on the Atlanta-St. Kitts route.

Giving an early boost to winter traffic this year and to meet the continued increase in market demand, Delta’s seasonal weekly nonstop from Atlanta will kick in on Nov. 2, seven weeks earlier than last year.

American Airlines also operates a twice-weekly non-stop from New York Kennedy, and US Airways offers a weekly service out of Charlotte.

On the cruise side, St. Kitts is projecting passenger arrivals to top 650,000 in the 2013-2014 season and to exceed 700,000 in the next season, when Royal Caribbean International’s Quantum of the Seas makes six calls.

“The fact that Royal Caribbean included St. Kitts as a port of call for this new ship is a testament to the quality of the destination’s expanding infrastructure,” Senator Skerritt said.

“St. Kitts can provide an authentic Caribbean experience that clearly appeals to cruise passengers,” he said.

To gear up for the expected increase at the port, design planning and engineering are under way, in consultation with the St. Christopher Air and Sea Ports Authority and cruise operators, so that construction can be completed on a US$31 million second mega-pier by November 2014.

Minister Skerritt said that the existing facilities at Port Zante would benefit from the new construction.

The plans include improvements, such as landscaping, signage, the addition of a VIP excursion area, a redo of the Amino Craft Market and the hiring of additional taxi drivers to handle traffic at the pier.