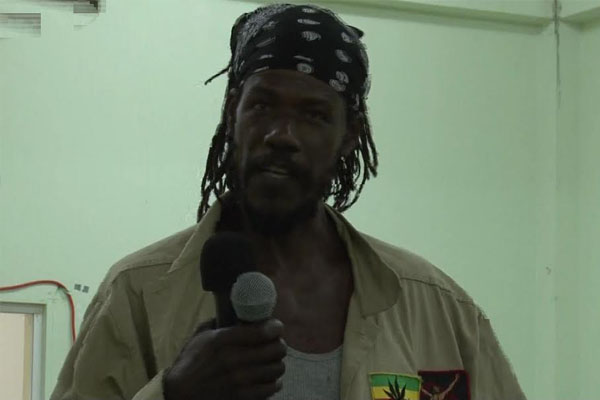 Basseterre, St. Kitts (SKNIS) — Residents of the St. Mary’s Man and the Biosphere (MAB) Reserve made full use of the opportunity to air their views pertaining to the economic prospects and environmental sustainability of the area at a town hall meeting held in the Cayon Community Centre, last week.

Traditionally, residents of the area have undertaken turtle catching as a means of income for both food and masculine sexual virility purposes. The turtles that nest on the beaches in St. Kitts and Nevis are endangered and so it is illegal to hunt them. One resident had other ideas.

“I believe that something has to be worked out,” he emphasized. “I mean even if we wait until the turtle reach a certain age and then we take that one out.”

Telca Wallace, member of the MAB Committee and resident of the area explained that all matters would be given serious consideration.

“We can’t just brush it off, we have to deal with it head on,” Mrs. Wallace stressed. “And so in moving forward, we have to do more than just talk about the laws. We have to educate all the communities that have been dependent on turtle catching for health benefits, as an aphrodisiac – for different kind of things.”

Antonio Maynard, Secretary General of the UNESCO National Commission and Chair of the

MAB Committee noted that the committee acknowledged that specific matters would be of more importance to certain areas of the MAB Reserve.

“Because we know that the Spooner’s Ginnery is a very important aspect of the Man and Biosphere and to the people in the community, especially the Cayon community,” Mr. Maynard underscored. “This is just like how the Turtle Monitoring Network is crucial to the Keys people in particular.”

Dr. Terrance Drew, explained that he had been working with some youth in the area, who appeared interested in assisting with the Spooner’s Ginnery.

“But these guys who work on the PEP, they are very interested in trying to help with the Ginnery,” Dr. Drew revealed. “So if there is a cost to you, in terms of maintaining it, I think that these are guys from the community, who love the area, and would help you. This would help you to cut costs and that can be a contribution towards helping with the whole thing.”

Cathal Healy-Singh, New World Consultant, and possible partner at the MAB Reserve explained that it was very important to indentify all activities, even less favourable ones.

“In terms of the MAB project I would imagine that there are a number of less than sustainable practices that still may exist within the area,” Mr. Healy-Singh noted. “I think that these things should be documented, looked at, and form part of the educational programme to attempt to solve things one by one and have measurable outcomes in terms of doing so.”

Other stated proposals included using the restored Spooner’s Cotton Ginnery as a night spot or a site for artistic presentations for visitors and the pooling together of the resources of Reserve residents for the establishment of a cottage industry for stay-over visitors. It was noted that the buy-in of policy-makers was key to the success of the MAB initiative.