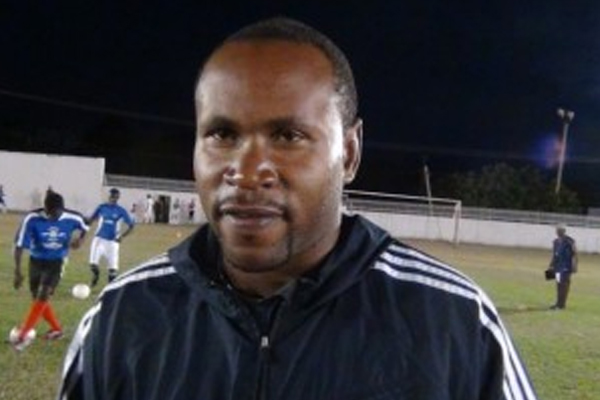 Sports Page— Ag Director of Sports on Nevis, Jamir Claxton, has deemed the historic hosting of a STREET FOOTBALL competition, as a huge success.

The historic event which was hosted and coordinated by the Youth and Sports Department, took place on Saturday 30th August at the Brown Hill Hard court.

The hard working staff at the Department was out early that Saturday morning as they marked out the court and made preparations for the event.

Despite somewhat inclement weather, some ten teams of seven players each, participated in the event.

At the end of the evening, the two teams standing were the Hard times team and the mainly female team with the assistance of some male friends.

It was a hard fought final game with the score line at the end of regulation time, nil-all. Referee Malcolm Ramsey duly allowed the extra time and the score line remained the same.

It boiled down to penalty kicks with the players kicking towards an empty, undefended small goal.

Both teams missed most of their shots but critically the Hard times team sunk one and that made the world of difference and gave them the first hold of the championship trophy for the tournament.

Asst. Permanent Secretary in the Ministry of Social Development, Ms D Michelle Liburd presented the trophies at the presentation ceremony which followed immediately after the final game and the representative for sponsor, STAG was on hand to present drinks to the top teams and players.

The MVP of the tournament was the captain of the Hard times team, Chevaughn Walwyn who was quick to point out that his team had gone through the entire tournament undefeated.

The summary of the matches played is as follows: