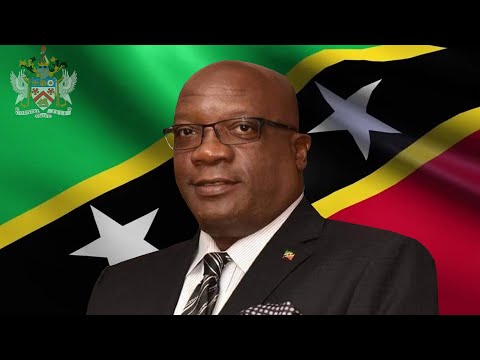 Statement by Prime Minister Harris on the Dissolution of Parliament, Revocation of Appointments, and Assignment of New Portfolios to Cabinet Members

Throughout my time in public life, I have always been driven by the belief that politics is about people.  It is about delivering for the people and putting in place policies that make their lives better. Our nation can have a bright and wonderful future. Yes, our future can be stronger and safer if those of us in public life commit to putting country above self. Unfortunately, over the past few months, the people of St. Kitts and Nevis have been subjected to increasingly strange and irrational behaviour by certain members of the People’s Action Movement (PAM) and Concerned Citizens Movement (CCM). These events commenced with the Convention of the PAM when the guest speaker, Hon Mark Brantley; and the political leader of PAM, the Hon Shawn Richards unwisely and publicly leveled scathing criticisms about the relationship between our tripartite movement.  This development was surprising, inappropriate, uncalled for and absolutely inconsistent with the public pronouncements made by them on numerous occasions.

I have met with both Ministers Brantley and Richards on more than one occasion since the PAM convention, at which time they raised several issues. Their concerns were subsequently articulated in a letter dated April 16, 2022, in which they made some 18 accusations and demands.  I responded in writing on April 20, 2022, giving a comprehensive response to each one of their allegations and demands. That definitive response remains unanswered. Since then, both Ministers and four others from the PAM and the CCM have signed a letter to the Governor-General to express their loss of confidence in my leadership as Prime Minister.  The Hon Shawn Richards has also filed a Motion of No Confidence with the Honourable Speaker of the Parliament.

The protracted absence of the Hon Shawn Richards from Cabinet over the past 91 days (13 weeks), is a major breach of the oath to which he swore following the June 2020 General Elections.  Such prolonged absence is a dereliction of duty that is both inexcusable and intolerable.  During this time, I have exercised great restraint, in an effort to bring resolution to the matter. I could not however do what the Hon Shawn Richards requested, that is, direct the police to alter a police statement.
It is my duty to inform you that since the submission of the undated letter to His Excellency The Governor-General which he received on April 21, 2022, none of the CCM representatives and only one of the PAM representatives, have attended any meeting of the Cabinet, which continues to function effectively.  Whilst others neglected their duty, failed to attend cabinet meetings, I must commend the members of Cabinet who continue to show great respect for the institution of the Cabinet and for giving yeoman service to their country. We have been focused on delivering for you, our people.

As Prime Minister and Chairman of the Cabinet, I have listened to our citizens and residents lament about this irresponsible and flagrant disregard for their sworn duty to the Cabinet and by extension, our people and country.  You, the good people of this Federation were promised and you deserve better performance by all ministers on the government’s payroll.  It is also clear that the current situation cannot continue.  The people of St Kitts and Nevis deserve better. Throughout this process, I have been reasonable – but resolute – in my commitment to ensuring that the government was delivering for you. It is for this reason that I have taken the difficult, but necessary step, to remove from their positions, those who have shown a disinterest in their duties. I have asked His Excellency to re-assigned their portfolios to members who are willing and able to deliver for you.

Yesterday, I asked His Excellency the Governor-General, Sir S. W. Tapley Seaton, to remove the Hon Shawn Richards from the Office of Deputy Prime Minister. In his stead, I have advised His Excellency to appoint the Hon Eugene Hamilton to the Office of Deputy Prime Minister. Hon Hamilton has been steadfast and responsible in discharging his duties as Minister of the portfolios assigned to him.

I have also advised His Excellency to revoke the appointment of Hon Richards as a Minister of Government and to reassign his portfolios to the Hon Eugene Hamilton. Deputy Prime Minister Hamilton will now have conduct of the Departments and Subjects under the Ministry of Public Infrastructure, Posts and Urban Development that had been previously assigned to the Hon Richards.

I am also to advise that I have asked His Excellency to revoke the appointments of the other Ministers who have thought fit to disrespect the sacred trust that the people of St. Kitts and Nevis placed in the Government following our very successful General Election Campaign in 2020. As a result, the following individuals, namely the Hon Mark Brantley, the Hon Lindsay Grant, the Hon Jonel Powell, the Hon Alexis Jeffers and the Hon Eric Evelyn have been stripped of their appointments as Ministers of Government.

As I stated earlier, Government must continue to function in the interest of the people. As such, I have advised the Governor-General to reassign the portfolios of those members of Parliament that have been removed. The Hon Wendy Phipps will assume the additional responsibility for Tourism and Transport, including the Ports.

Attorney General, the Hon Vincent Byron will assume the additional responsibility for Foreign Affairs and Aviation, Education, Youth and Sports. The Hon Akilah Byron-Nisbett, in addition to her responsibilities, will have added the portfolio for Culture.

The subjects of Agriculture, Fisheries, Marine Resources and Environment will be brought under the Ministry of Sustainable Development.

I am confident that the Government will continue to deliver the goods and services to the people of our country as well as we have delivered over the past seven years.

Fellow Citizens and Residents: I have confidence in the people of St. Kitts and Nevis and I strongly believe in their right to choose their representatives in free and fair general elections. The time for decision-making is at hand. Accordingly, I have asked the Governor-General to dissolve the Parliament of St. Kitts and Nevis effective today May 10, 2022. I will advise you when General Elections will be held. In the meantime, the Government continues to function and it will do so in an orderly, efficient and effective manner. These were not decisions taken lightly, but they were essential to put this period behind us and focus on delivering a better future for all the people. Decisions like these require real leadership. Real leadership is about putting people first. It is about delivering a strong, and safer future for them. That is why I have taken the decisions that I have today in the best interest of the public.

Fellow Citizens and Residents:  I ask for your continued prayers and intercession for our people at this time. For those of you who have been on bended knees interceding for our Nation, I say a heartfelt thank you and ask that you continue.  I also thank the countless individuals across the diaspora, for your support and encouragement at this time.  We are a God-fearing nation, and we will get through this by God’s divine grace.  May God continue to bless the Federation of St. Christopher and Nevis.