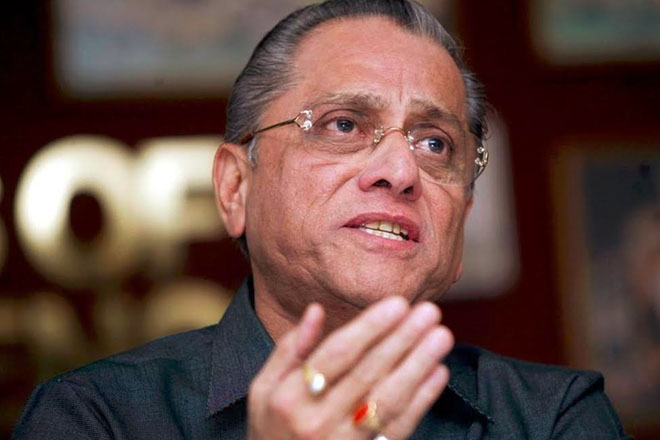 Statement on the passing of BCCI President Jagmohan Dalmiya

Kingston, Jamaica — The West Indies Cricket Board offered condolences today to the family, friends and colleagues of the late president of the Board of Control for Cricket in India, Jagmohan Dalmiya. He died on Sunday in Kolkata at the age of 75.

Speaking on behalf of the WICB and stakeholders of West Indies cricket, WICB President Whycliffe “Dave” Cameron described Dalmiya as a “visionary and a true friend of the game of cricket”.

“We have lost a friend, a gentleman and one of cricket’s favorite sons,” said Cameron. “Jagmohan Dalmiya was a true friend of West Indies cricket and we always enjoyed his company and all that he brought to the game.

“He was not just a friend of West Indies cricket, but World cricket. He loved the game and gave his all for the good of the sport.”

Cameron said: “Mr. Dalmiya was a visionary and had a huge impact on the game as one of the most respected and admired administrators in its history. He led world cricket with distinction and everyone respected his opinions on the game and how it should be run and managed.

“We offer our deepest sympathy to his family, friends, colleagues and the entire BCCI family.”

Dalmiya was also a former president of the sport’s World governing body, the International Cricket Council.