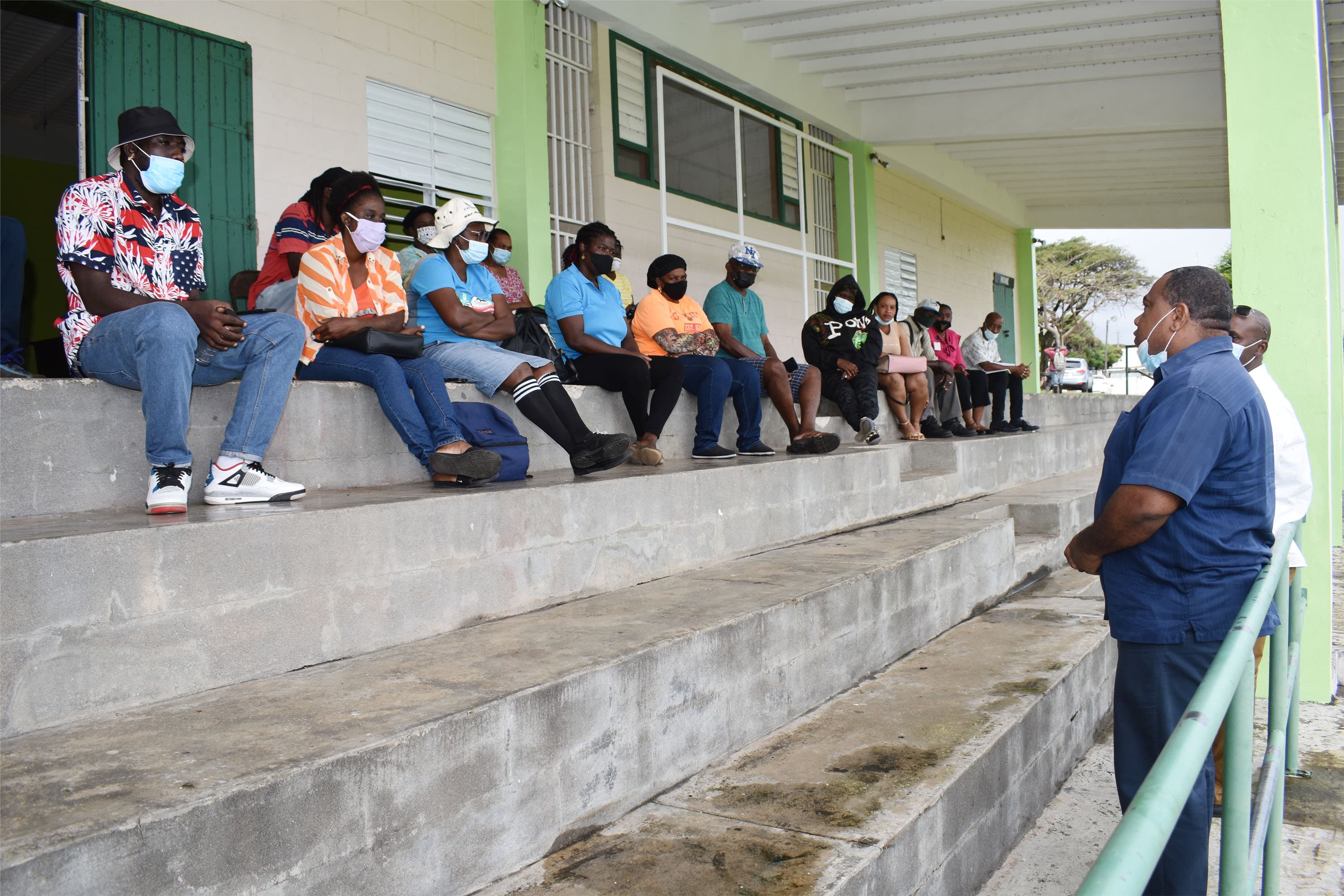 BASSETERRE, ST. KITTS, February 28, 2022 (S.T.E.P.) — The Skills Training Empowerment Programme (STEP) is committed to serving the country and to this end, field supervisors of the STEP Community Enhancement Groups are receiving training that will help sharpen their organisational and leadership skills.

The training continued the following week when supervisors of STEP Community Enhancement Groups from Cayon to Saddlers came to the STEP offices on Bay Road, Basseterre, for further discussions as it relates to the training on Wednesday, February 16 and for the groups from Dieppe Bay to New Town on Thursday, February 17.

“We feel that it is necessary especially at the beginning of the year because we want to see further improvement in the operations and supervision of the groups,” explained the Director of the Skills Training Empowerment Programme (STEP).

The training sessions, which will be held weekly, continue on Wednesday, March 2, and Thursday, March 3 at the STEP head office’s training room on Bay Road in downtown Basseterre.

“Government, through STEP, has continued to invest in people by providing jobs, and also providing the tools for them to work with,” he added. “Tools are not cheap, especially commercial weed eaters, and we feel based on what we have observed last year, that it is necessary for us to further enhance the skills of the supervisors so that they can better organise their weekly and daily work tasks and delegate and organise teams to get the work done.”

A community enhancement group has about 20-25 persons, and while some groups have more the Director noted that the supervisors need to have some organisational and leadership skills as they need to know how to monitor and supervise persons as they work. It is important that they know how to properly delegate and assign persons, and small groups of persons to do different tasks while cleaning the communities.

“Also, they must know and have some ideas about the operation of weed eaters (string trimmers),” said Mr Greene. “We are spending a lot of money to repair and maintain weed eaters, and based on what the mechanics are saying, most of the breakdowns come from improper use.”

At the training sessions on the field, Mr Deaon Williams, the STEP mechanic was on hand to not only teach them the mechanical aspects of the weed eaters but also demonstrated how they are used and answered questions that were directed to him by the supervisor who was grateful that they were learning how to use their tools of trade properly. They were advised that the weed eaters need to be handled with care as some of the operators are sometimes too rough with the hand-held machines which leave some parts broken. They were also advised not to use them for too long on a stretch as this would eliminate incidents of overheating.

“As I said to the groups, we are one team – we are all on the same team, wanting the same goals, having the same purpose and so soon we can get everybody having that knowledge and understanding and the same synergy,” noted Mr Greene who acknowledged that the training sessions were informative to the supervisors and the weed eaters’ operators.

“I think the operations of the field-based Community Enhancement Groups will improve,” concluded Mr Greene. “At this point I am optimistic that we should see some improvement in the quantity of work, quality of work, efficiency and effectiveness, because I expect that we should spend less money, maintaining our tools, especially our weed eaters.”