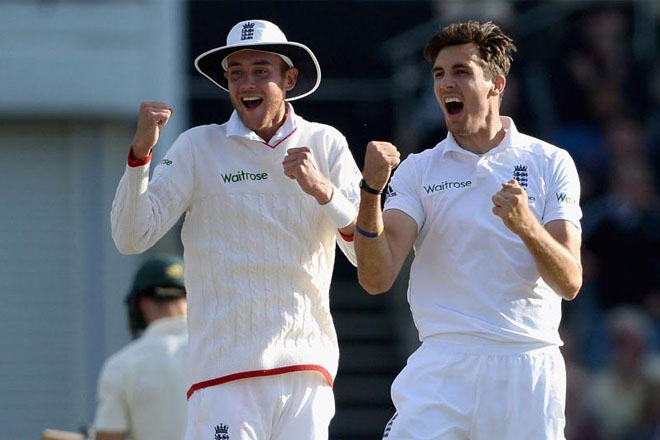 Sports Page — Two years ago Steven Finn was unselectable. Now that statement seems unbelievable. On a dramatic second day at Edgbaston, Finn claimed five wickets and ran through Australia so comprehensively that their survival until stumps was an achievement in itself. They were barely clinging on, though; at 168 for 7 they had a lead of 23, and were relying on Peter Nevill, who was on 36, and Mitchell Starc, who had 7.

From the second over of the morning, when Mitchell Johnson unleashed two terrifying wicket-taking bouncers, it seemed as if this day would produce something special. It didn’t feel like being a day of England dominance though. Fourteen wickets fell, seven to each side, but honours were anything but even by the end. Australia could hope that Nevill and the tail might still push their lead up past 100, but England would have to implode not to win from here.