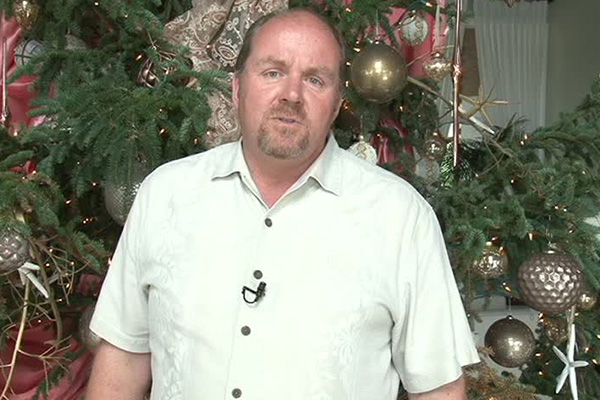 NIA Charlestown Nevis — General Manager of the Four Seasons Resort, Nevis (FSRN) described the 2013 festive and Christmas season occupancy as strong and believed it was indicative of the confidence in the product.

Mr. Sven Wiedenhaupt who took over management of the Resort in February 2013, made the comment in an interview with the Department of Information on December 30, 2013.

“Today is actually, technically, the last day of our festive season and we really had a successful time with it. Fantastic organization from the management team; really good commitment from the line staff, everybody across the board, everybody succeeded really well,” he said.

However, the FSRN Manager expressed cautious optimism for the outlook for 2014 and noted that there were some early indicators which were suggesting a better year for the hotel than 2013.

“Looking forward in 2014, we are cautiously optimistic that we are going to have a much better year than in 2013. Again our booking pace are just an early indication of interest and demand in the hotel and is ahead of pace to last year and we see a lot of reasons to be optimistic,” he said.

Mr. Wiedenhaupt explained that the Resort as a product was being rejuvenated and spoke to the enhanced areas, in particular in tennis and food and beverage which would attract interest from both international and local patrons.

“Some things we are doing in 2014 to attract a lot more guests both internationally but also locally which is also a very important market for us, is predominantly going to be on the golf and food and beverage side. We spent quite a bit of time and money on the golf course to enhance it as a product: the quality of the grass, the quality of the greens, the driving range experience, the teaching experience. We continue to have excellent pros and the golf course is open to the public. I don’t know how many people really know that.

“We are also going to tier our pricing based on the time of day so if you’re playing early in the morning there will be a different price and a much more advantageous price if you’re playing later in the day. We’ve really put a lot of effort into the tennis programme. We have 10 tennis courts and it’s a really strong tennis programme with a great deal of enthusiasm from the pros that are teaching it. From a food and beverage standpoint, we intend not to close Mangoes. We intend to keep Mangoes open year round,” he said.

The FSRN Manager also added that lunch at Mangoes restaurant would be served seven days a week and dinner five nights and it would be closed on Monday and Tuesdaynights. He also explained that the Cabana experience had been enhanced and moving forward dinner would be served there five nights a week with a Mediterranean theme.

Other areas which would receive attention, Mr. Wiedenhaupt noted, were the Hideaway and Coral Grill restaurants

“We have a little restaurant over by the south side of the property called Hideaway although we are thinking about changing names if anyone has some suggestions we would love to hear it but by saying Hideaway it insinuates we don’t want anyone to find it. The truth of the matter is we want everyone to find it and it’s a wonderful little addition and also the wine list and the menu at Coral Grill have been enhanced without becoming too formal.