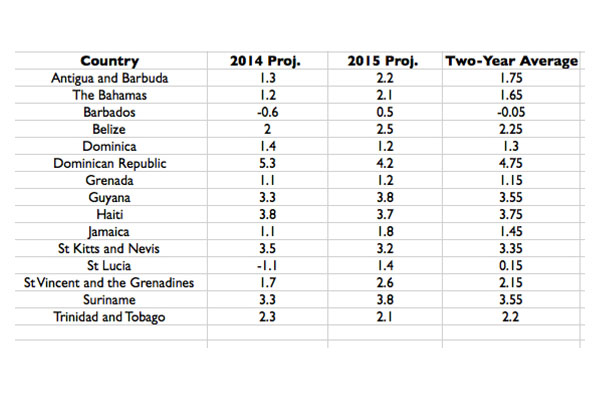 Strongest economic growth in the Eastern Caribbean projected for St. Kitts and Nevis

That’s according to Caribbean Journal which indicated its information comes from data taken from the latest update of the International Monetary Fund’s World Economic Outlook Report.

Caribbean Journal said St. Kitts and Nevis is projected to lead the English-speaking Caribbean in economic growth in 2014 at 3.5 percent and second to Guyana in 2015 with a projected growth rate of 3.2 percent.

In 2014, the Dominican Republic is projected to lead the region with a 5.3 percent increase in GDP, followed by Haiti at 3.8 percent.

In 2015, the Dominican Republic is once again projected to lead the region with a GDP growth rate of 4.2 percent, with Haiti at 3.7 percent. Guyana is projected to be second in 2015 with a 3.8 percent rate and St. Kitts and Nevis with a GDP of 3.2 percent.