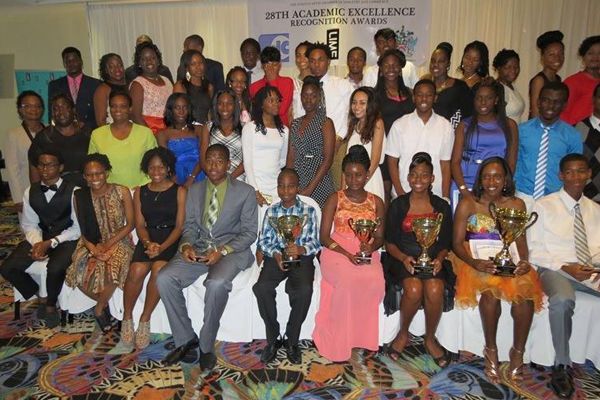 Held at the St. Kitts Marriott Resort, the event took the form of a ceremony and dinner.

During the ceremony, Chamber of Industry and Commerce President Damion Hobson said his organisation has always believed that the economic development of any nation depends largely on the educational achievements of its citizens.

Minister of Education, Hon. Nigel Carty praised the sponsors for their dedication to the nation’s students, and the development of education on a whole.

“Let me start by expressing profound gratitude to the Chamber of Industry and Commerce and LIME, who, over the past 28 years partnered with the Ministry of Education to properly recognise our students’ academic accomplishments,” he said.

Thursday night’s Academic Excellence Recognition Awards Ceremony was held under the theme “To Accomplish Great Things, We Must Not Only Act, But Also Dream; Not Only Plan, But Also Believe.”