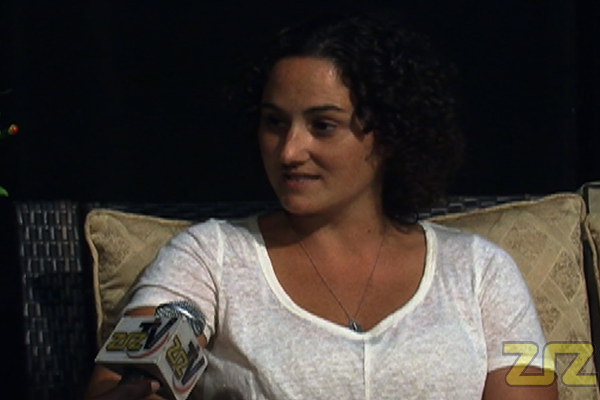 Study on the Vervet Monkey Population in St. Kitts

(ZIZ)– A study is currently being carried out to address the Vervet Monkey population in St. Kitts.

Speaking with ZIZ News on Monday, Dr. Dore said she is of the belief that there are more monkeys in St. Kitts than people.

She said, “Everybody here would say ‘there’re more monkeys here than people’ and when I first came here I didn’t believe that would be true but after spending a few months, I realize that Kittitians themselves only really live really along the water for the most part and monkeys live everywhere. They now live along the water, they now live in the villages so it just makes sense that there would be more monkeys than people in St. Kitts, so certainly more than 50,000 possibly 100,000. I think that number has increased significantly since the sugar industry closed.”

Dr. Dore has been working in St. Kitts since June 2010, when she initiated her doctoral research on the patterns of crop raiding by vervet monkeys within the agricultural sector.

She explained some of the work she has done in St. Kitts since.

“I randomly selected a third of the farms around St. Kitts using help from the department and the ministry of agriculture and I visited these farms on a monthly basis and quantified the crop damage they experienced from monkeys and pigs and livestock. In addition to just documenting it, I used a grid system and localized the damage to a grid and for that I created a model that can help us understand why some pieces of land are vulnerable to crop damages from monkeys and the other pests that Kittitians deal with on a regular basis. So that was the first part of it and I did document significant levels of crop damages…I did found that while monkeys did a lot more damage over a regular basis, pigs they came infrequently but they did very large amounts of damage in these kinds of infrequent visits.”

Dr. Dore said her study is being welcomed by all stakeholders, particularly because of the implications it can have in the long term.

“I’ve had very positive experiences with everyone I have worked with I think because no one has really studied this problem. People have studied the monkeys and there have been very good studies involving monkeys in St. Kitts over the last 100 years but the problem in a nut itself hasn’t really been scientifically studied and so I think people were really happy to show me what was happening on their farms because up until now, certainly the ministry and department are well aware but to actually have it documented and quantified, I think was satisfying for some people to be able to share their experience.”

Dr. Dore said her work so far has documented the ways in which the infrastructure surrounding the sugar industry was highly successful at keeping vervet monkeys at bay.

Once an accurate population estimate is conducted, she said appropriate management strategies can then be implemented.