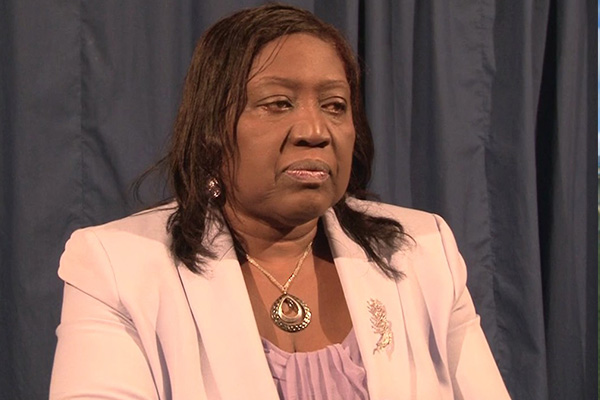 Basseterre, St. Kitts (SKNIS) — A top public official has called on more private stakeholders in St. Kitts and Nevis to join with the local government in support of law enforcement.

Permanent Secretary of the Anti-Crime Unit in the Office of the Prime Minister Her Excellency Astona Browne told SKNIS that government cherishes the relationship it has with a number of individuals, agencies and friendly governments. She explained that partnerships on all levels were appreciated and welcomed.

“… Safety and security is not the responsibility of government alone. All of us coming together have a role to play in ensuring the safety of our respective communities and our countries,” Mrs. Browne stated. “We rely on support from the European Union for example, Canada, the United States of America, the United Kingdom [and others] because they all bring to the table their enhanced resources and expertise that we can benefit from.”

Contributions have also been received on the home front with several companies and organizations stepping forward.

“This must be viewed as very important because I think in some other jurisdictions we do not see that support and I think that that to a large extent helps to support whatever initiative we have on the ground,” she said. “Whether it’s in the form of a vehicle or some equipment that is needed to advance their work and improve the delivery of service to the community, whatever form it takes, we are grateful and we would like to encourage other persons to come onboard. Yes Government has committed the resources and will continue to commit the resources but the partnerships … would go a long way.”

An appeal was also made by the permanent secretary to the public to lend further support to the police by cooperating fully with the law and reporting any violations which can be done anonymously through the Crime Stoppers hotline 1-800-8477.

“I think that we are moving in the right direction and with the partnerships that we have garnered over the years, we expect to see an improved product as far as safety and security is concerned,” Mrs. Browne stressed.

A 15.3 percent decrease in crime for the year 2013 followed up by a 41.4 percent drop in crime for January 2014 compared to the same period last year supports her statement.