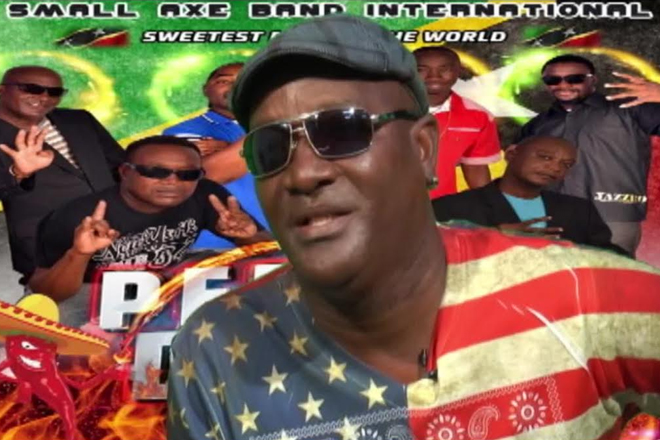 “Revel like Never before for Sugar Mas 44” is the slogan for the 44th edition of St. Kitts-Nevis’ National Carnival which, although most of the activities are over, is not set to be officially over until January 9th.

On Wednesday, ZIZ reached out to the lead singer of the Small Axe Band, Royston ‘Mr. World’ Wigley, who said that winning the Road March title has inspired him to continue producing great music.

Mr. World stated “Winning the Road March you know you always go out, try your best to conquer, go out there because you have to win the road and winning this year, it just makes me feel great and it just wants me to go on, inspires me to go on and do much, much more.”

He also spoke of the inspiration behind the song “Pepper Dem”, noting that it was an idea of some young males who were chanting the title at their school’s sporting event.

He said “We went to Dieppe Bay to a big sports event and the guys there they said listen man I think that this year you should give us a boost you know we have a big chant out here named Pepper Dem and I said you know something, we should go home and tweak that a little bit.”

He further explained, “I got the guys, Imron, myself along with the band members and we came out with the big song Pepper Dem so you know that’s it now a big it.”

ZIZ also caught up with Founder of Real Right Entertainment, Maurice “EK” Flanders, whose entertainment entity managed to nab the Best Sounding DJ (J’ouvert and Parade) category. This category was also one of the newly added segments.

When asked about his thoughts on Sugar Mas 44, Flanders stated Carnival was exciting but the controversy made it quite tedious for participants.

He offered suggestions on how to make Sugar Mas 45 even better and said, “I hope that going forward they would take the step back that they needed to take initially and assess the whole Sugar Mas brand and see how to improve on that brand.”