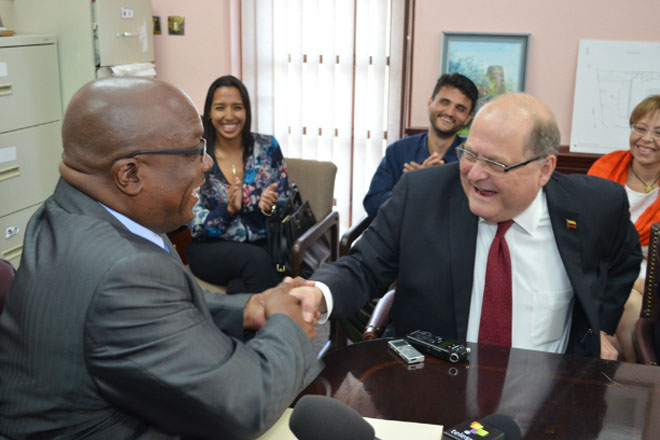 This according to Chairman of the SWRF committee, Mr. Osbert Desuza, (Ag) Permanent Secretary in the Office of the Prime Minister.

The secretariat will support the work of the SWRF committee, a multi-sectoral group of professionals from government, the private sector and Labour, appointed [earlier this month] by the Cabinet of the Government of St. Kitts and Nevis to oversee the coordination and distribution of the [outstanding] EC$16 million to the former St. Kitts Sugar Manufacturing Corporation (SSMC) workers aggrieved after the closure of the sugar industry in 2005.

The SWRF committee was given a single mandate: “to ensure that the EC$16 million is paid to the former SSMC workers in a manner that is fair, accurate and transparent”, said the Chairman.

The SWRF committee has met several times this month and a number of functional subcommittees established, namely:

An announcement will be made shortly regarding the location and contact information for the SWRF committee secretariat.

On Monday, March 30, 2015, at a brief ceremony in Government Headquarters, St. Kitts and Nevis Prime Minister Dr. the Honourable Timothy Harris accepted an EC$16 million cheque from Venezuelan Ambassador His Excellency Bernardo Álvarez Herrera, for what was described as a “generous” grant from the Bolivarian Republic of Venezuela to “cover the shortfall in the compensation package to the former sugar workers.”

At his first press conference earlier this month, PM Harris announced that a committee will be put together to oversee the long-overdue payment to the aggrieved former sugar workers.