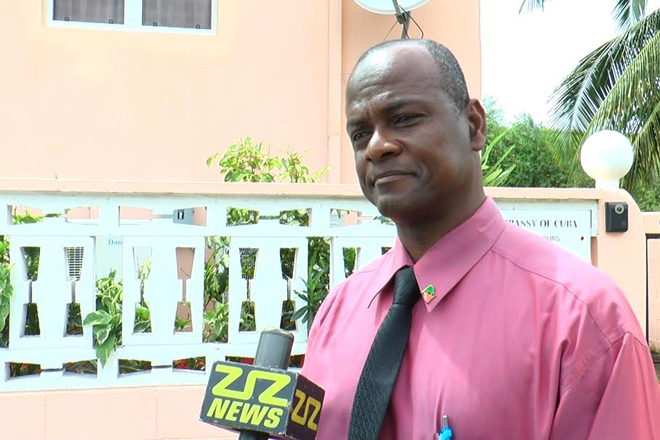 Dorset told ZIZ News “I am not saying during the 21 days contraband was not found. What I am saying, and I am saying it knowing the fact, I am absolutely sure, that 99% of the stuff, the contraband that were shown, that i saw, that were sent to me, are stuff that were over the years intercepted and I can’t see any reason for anybody to come on the air, giving the impression that over 21 days 131 phones and all these lighters and other contraband was found.”

While Dorset believes that so many illegal items could not have been found during such a short period of time, Hodge says a number of other items have been found recently.

He said, “Yesterday, officers conducted another search between 6:30 am and 10am and found an additional 11 phones; 7 of which were hidden in the television and they have already taken the television away from the residents there.”

According to Dorset he is not trying to create animosity between himself and superintendent Hodge as they get along well, but he believes that Hodge should retract his statement and issue an apology.

The 21-day shutdown came days after Hodge’s appointment as Superintendent of Her Majesty’s Prison and took place from February 2nd to 22nd.