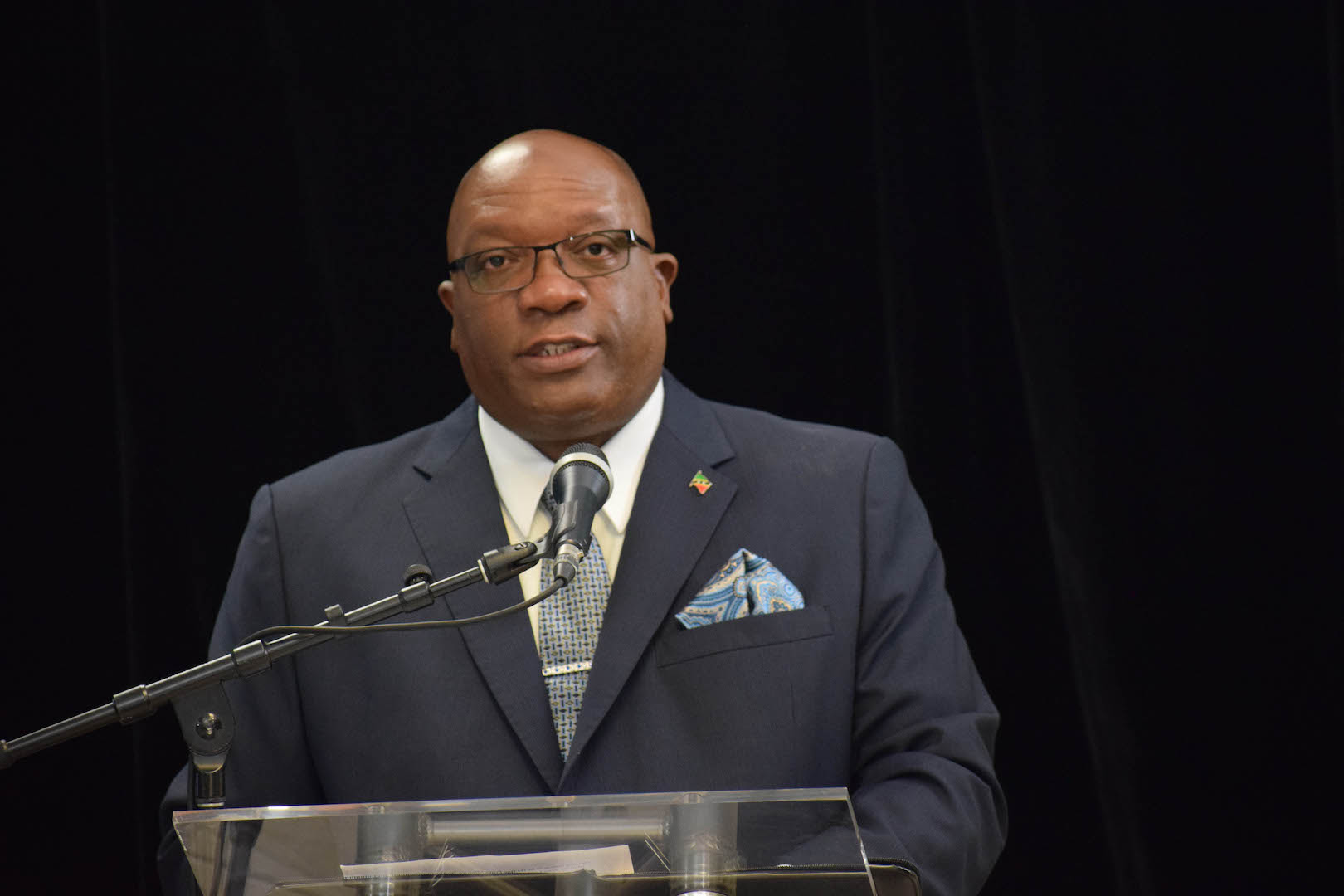 BASSETERRE, ST. KITTS, June 3, 2021 (MMS-SKN) — Fishers and farmers continue to do well in their trade as a result of a Team Unity Government’s direct intervention which has offered and continues to offer them stimulus packages, and Prime Minister Dr. the Hon Timothy Harris is pleading with the general public to support them by buying local produce.

Prime Harris made the remarks on Thursday June 3, when he hosted the Prime Minister’s Monthly Press Conference at the National Emergency Management Agency (NEMA) conference room, in Lime Kiln, West Basseterre, where he updated citizens and residents on important matters of state.

“For this year then, the first four months, we are recording a near threefold increase in dollar value of fish landed here,” said Prime Minister Harris. “I want to commend the Ministry of Agriculture and our Director of Marine Resources, Dr. Marc Williams, who is here with us today.”

The Honourable Prime Minister added: “These, in my view, are positive signs of a fisheries sector on the rise aided by my Government’s stimulus packages which have assisted fishers with fishing gears including fish pot wires, fish aggregate devices and many other supports.”

During the period under review, Dr Harris reported that overall the livestock production increased by approximately 66 percent in 2021 when compared to the comparative period of 2020. The combined value of livestock commodities increased from just under $500,000 in 2020 to $760,322 in 2021.

“Again we are looking at the first quarter in the context of livestock output,” he stated. “The increase was attributed to the provision of resources made available through the Covid-19 stimulus package for the agricultural sector, and we have extended that stimulus by five million dollars for the Budget Year 2021.”

But while overall crop production in the period January to April 2021 fell by about 10 percent, the Honourable Prime Minister however pointed out that significant gains were realised in cabbage, cantaloupe, onion, sweet potato, tomato, watermelon, and yam production, while Cucumber production remained steady.