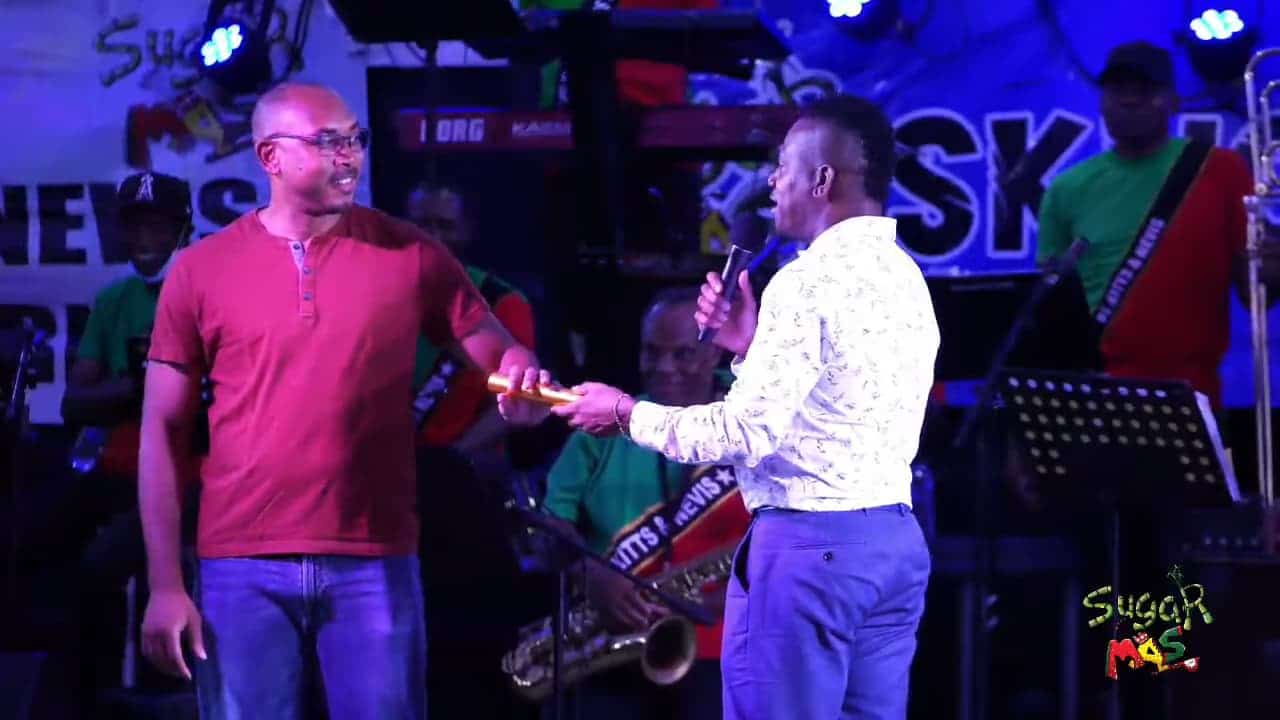 Symbolic Passing Of The Baton For Ministry Of Culture

Basseterre, St. Kitts, June 17th, 2020 (ZIZ News) The symbolic passing of the baton of leadership of the Ministry of Culture was a signature moment at the Caypso-19 vs Covid-19 Virtual Calypso show held on Tuesday.

Former Minister of Culture Hon. Shawn Richard who led the Ministry for the past 5 years passed the baton to his successor Hon. Jonel Powell who was sworn in on Sunday and named to lead the ministry of Culture.

Minister Richards said he enjoyed his time at the helm and pledged his support to Minister Powell and the Ministry.

Newly appointed Minister of Culture Hon. Jonel Powell said he is pleased to step into his new role, noting that his appointment was not much of surprise to most.

“I really don’t think anyone was surprised that I was named the new Minister of Culture. They know Shawn and I are the two carnival fellows so it was an easy decision,” he said jokingly. He continued, “It is indeed a privilege, a pleasure to be able to serve the country in a different capacity. I have not been far from culture having served as the ambassador in the ministries of sport and culture in the last 5 years, so it comes naturally and I look forward to the continued work with not just the carnival committee but the ministry and the department of culture and all those who play a role whether directly or indirectly.”

In his first formal sponsorship as the Minister of Culture Minister Powell presented a cheque for one thousand U.S dollars to veteran Calypsonian The Awesome Navigator to assist with ongoing medical treatment.