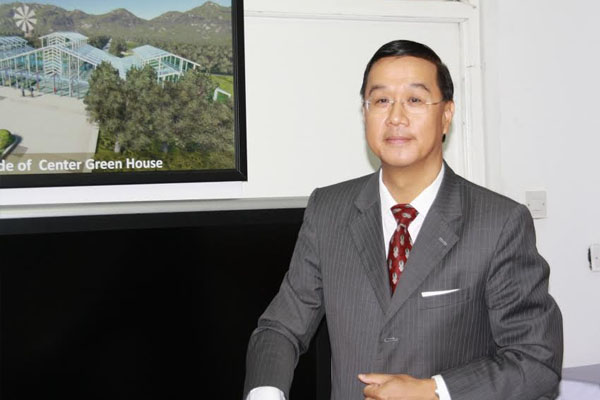 Basseterre, St. Kitts (CUOPM) — The Republic of China (Taiwan) said Wednesday there is an urgent need to combat Climate Change and is making another bid to attend the 20th Session of the Conference of the Parties (COP20) of the United Nations Framework Convention on Climate Change (UNFCCC) scheduled for Lima, Peru, from 1-12 December 2014.

“Being the world’s second largest solar cell manufacturer and largest LED manufacturer, Taiwan’s green energy industry is helping to significantly reduce global carbon emissions and enhance energy efficiency. As climate change knows no boundaries, Taiwan faces challenges just as severe as the rest of the world. Over the past 30 years, Taiwan’s temperature has increased by 0.29 degree Celsius per decade, almost twice the 100-year linear trend globally. Rainfall in Taiwan has also gradually decreased,” the Taiwan Embassy in St. Kitts and Nevis said in a statement, adding: “There is an urgent need to combat this worrying trend together.”

Taiwan is of the firm view that it is only with the help of the global community that Taiwan can have any hope of doing so.

“The UNFCCC is a key instrument to deal with climate change. We are prepared and eager to participate in the global climate regime and help safeguard our planet. We would therefore very much appreciate your support for our bid to participate in the UNFCCC-COP meetings as an observer. By the same token, the UNFCCC also needs Taiwan’s cooperation to make its global campaign complete and successful,” the statement said.
.
In Peru, delegations from around the world will discuss issues such as further clarifying the roadmap to reaching a global agreement at COP 21, advancing work allowing for fair and global action with respect to closing the emission gap in the years 2015-2020, adopting solutions regarding the pilot phase of new market based mechanism and framework for various approaches, ensuring progress in establishing institutional arrangements for addressing loss and damage and successfully concluding with decisions on REDD+, LULUCF, agriculture, response measures forum, continuation of JI and biennial budget of UNFCCC and the Kyoto Protocol.

“Though the Republic of China (Taiwan) has yet to be permitted to participate as an observer in the UNFCCC process, it still aspires to be a part of global efforts towards climate change mitigation and adaptation. To this end, Taiwan has decided to reduce its greenhouse gas (GHG) emissions by at least 30% relative to the business-as-usual (BAU) benchmark by 2020, and has drafted a GHG Reduction Bill that will soon be put through the legislature,” the statement said.

Taiwan is of the view that its participation in the Convention process would conform to the spirit and purpose of the UNFCCC, which acknowledges that “the global nature of climate change calls for the widest possible cooperation.”

According to Paragraph 6 of Article 7 of the Convention, Taiwan’s Environmental Protection Administration (EPA) should be admitted to participate as an observer in the sessions of the COP, since it “is qualified in matters covered by the Convention.”

Furthermore, Taiwan has already participated in other UN-related conferences and activities. Since May 2009, Taiwan’s Department of Health has been invited for 5 consecutive years to attend the World Health Assembly (WHA) as an observer under the designation “Chinese Taipei.”

The 1995 Agreement for the Implementation of the Provisions of the United Nations Convention on the Law of the Sea of 10 December 1982 relating to Conservation and Management of Straddling Fish Stocks and Highly Migratory Fish Stocks (UNFSA) provides the legal basis for Taiwan’s participation in various regional fisheries management organizations (RFMOs). By acting in such capacity as a fishing entity and using the name of “Chinese Taipei”, Taiwan has become a member of some RFMOs since 2002.

And at the Session of the Subsidiary Body for Implementation (SBI 34) held in Bonn, it was noted at a workshop that “a proposal was also made that the international community supports the efforts of an agency of Chinese Taipei to participate in the UNFCCC process as an observer.” These examples of WHA, RFMOs and SBI 34 chair’ s report of the in-session workshop concern “practices relating to observer organizations in the United Nations system.”, while Taiwan’s participation would further enhance engagement by observer organizations in the UNFCCC process.