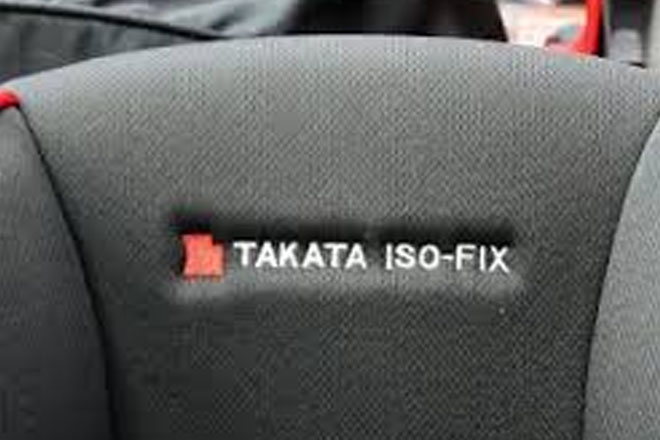 Washington, United States (AFP) — Japanese auto parts maker Takata said it will stop using a chemical in its airbag inflators that could be the reason for six deaths.

In prepared testimony to be delivered to Congress on Tuesday, Kevin Kennedy, executive vice president at Takata’s US arm TK Holdings, said the company is pushing ahead to replace faulty airbag inflators in up to 34 million cars in the United States, as demanded by US auto safety regulators.

Part of that, Kennedy said, will include using new inflators without ammonium nitrate propellant, which some suspect could be a key reason why dozens of Takata airbags have deployed with excessive explosive force, sending dangerous shrapnel into people the airbags are intended to protect.

Some scientists suspect ammonium nitrate, placed in the inflators in the form of wafers, becomes unstable over time, especially in conditions of extreme heat and humidity.

Six deaths have been tied to shrapnel from the explosive airbags. Takata though did not reveal what would replace the ammonium nitrate.

On May 19 Takata admitted for the first time that its airbags installed in the cars of 11 major automakers worldwide are defective.

It agreed with the US Department of Transportation to replace airbags or airbag inflators in all cars and trucks in the US equipped with them, in what will amount to the largest-ever vehicle recall.

Recalls will focus first on cars in Hawaii and southern states, where the climate could be exacerbating the problem.

“Takata’s best current judgment is that the potential for rupture is related to long-term exposure, over a period of several years, to persistent conditions of high heat and high absolute humidity,” said Kennedy.

“In certain circumstances, these conditions can result in an alteration in the propellant wafers in the inflators that could potentially lead to over-aggressive combustion.”

But he added that other factors, including manufacturing problems, could also be involved.”

Kennedy stressed that the company believed the new replacement inflators, being manufactured by Takata as well as other suppliers, are fully safe.

“I want to emphasize that we have confidence in the inflators we are producing today…. We believe that, properly manufactured and installed, these inflators will work as designed to save lives.”