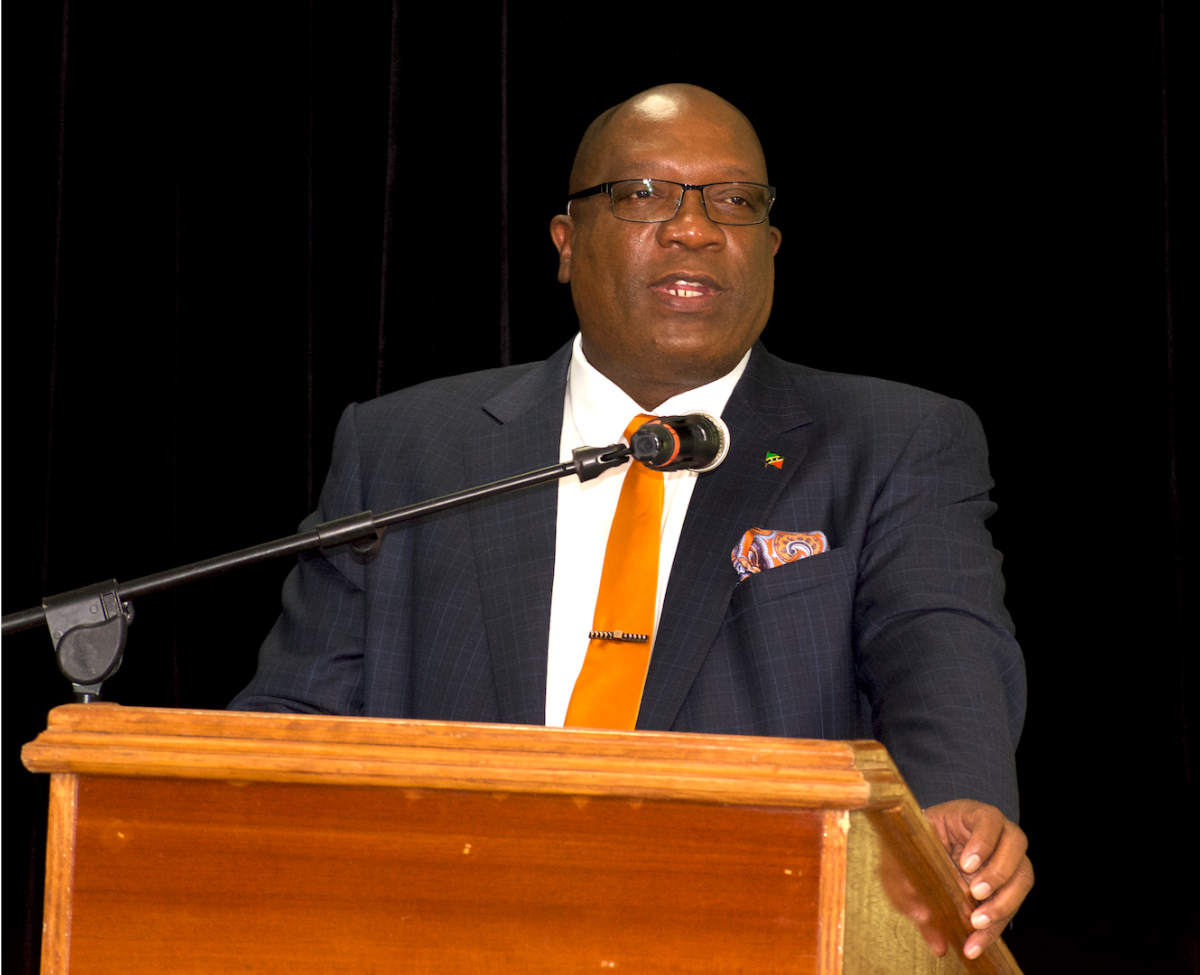 Talk of Undermining by Former Ministers Is Nothing More Than Self-Serving Untruths, Says Prime Minister Harris

Basseterre, St. Kitts, June 02, 2022 (Press Unit in the Office of the Prime Minister) – Prime Minister Dr. the Honourable Timothy Harris used Wednesday’s (June 01) Cabinet press conference to state for the public record that there is no evidence of him undermining any minister that served in the Team Unity coalition government.

Prime Minister Harris dismissed this notion, peddled by former members of the Federal Cabinet, as false and as mere scapegoating by non-performing individuals who failed in their duties to properly and effectively carry out the work of the people.

“There has never been any undermining reported by any minister. Never until now. This is part of the deceitful politics that has now been propagated by the six who had been sacked for non-performance by this Government,” Prime Minister Harris told the nation at the press conference held at the NEMA Conference Room.

Prime Minister Harris said what makes these claims even more unbelievable is the fact that those who are propagating them have all given their fullest support to budgetary allocations year after year.

“Go back to the Budget debate, each and every one of them approved it, were satisfied that it had adequate resources to do the people’s work…What we had were lazy people, ministers who did not even know what was in a budget they purportedly support,” Dr. Harris said.

In contrast, Prime Minister Harris said the members of the new Cabinet, in as little as three weeks, have made substantial progress in mobilizing resources for the commencement of several major projects that the original ministers were unable or unwilling to do.

“You have heard from the Attorney General. Within days he was able to do that which had not been done for several years while budgetary resources were being provided,” Dr. Harris said, making reference to the landmark solar generation and storage project being undertaken by the Government of St. Kitts and Nevis, the state-owned St. Kitts Electricity Company (SKELEC) and Leclanché SA. With the intervention of the Attorney General and the new Minister responsible for Energy, the Honourable Eugene Hamilton, work on that project is set to commence around June 15.

The Prime Minister continued, “Some ministers were busy in their private practices enriching themselves rather than serving the people of this country, and then when their constituents could not see or benefit from them they had to find a scapegoat and it was easy to say their hands were tied.”

“What we are having now is self-serving untruths by persons who were not dedicated enough, not industrious enough, not faithful enough to the pledges they had made to save the people and they are attempting to scapegoat,” added Prime Minister Harris.