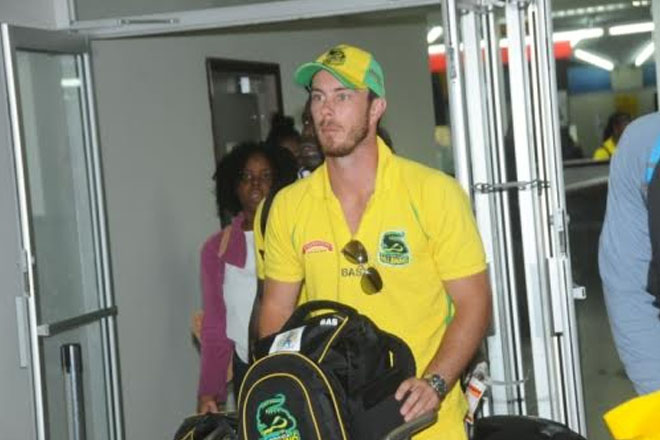 Tallawahs players say 119-run loss to Patriots was a fluke

The Patriots took first strike and compiled a healthy 199-5 off their allotted 20 overs. The Tallawahs were dismantled for a mere 80 runs off 16 overs.

Speaking to the OBSERVER ONLINE at Sunday’s welcome reception hosted by sponsors Appleton and Digicel inside the Pineapple Lounge at the Norman Manley International Airport, batsman Chris Lynn says the focus is Tuesday evening’s clash with St Lucia Zouks.

Lynn argued that winning two of their four opening games is not the worst of starts to the 2015 edition of the CPL Twenty20 (T20) competition.

“We are two from four, but we are showing some good signs. The loss [to the Patriots] hurt us, but I think it was a loss that was put to bed and no need to worry about it because we know we are good enough…it shouldn’t happen again. It was an off day basically, and we are not going to over think it too much because otherwise we will drag with that right throughout the competition,“ said the top-order player who hails from Australia.

Jerome Taylor, the Jamaica and West Indies fast bowling ace, also shrugged off the defeat to the Patriots as nothing greater than a bump along the road.

“I don’t think the game we played [against St Kitts & Nevis Patriots] will dent our confidence that much,” he said.

“It’s a game of T20 and it doesn’t take much for things to go haywire. The bowling didn’t do as well as we normally do and the batting just didn’t come to the party at that time,” Taylor added.