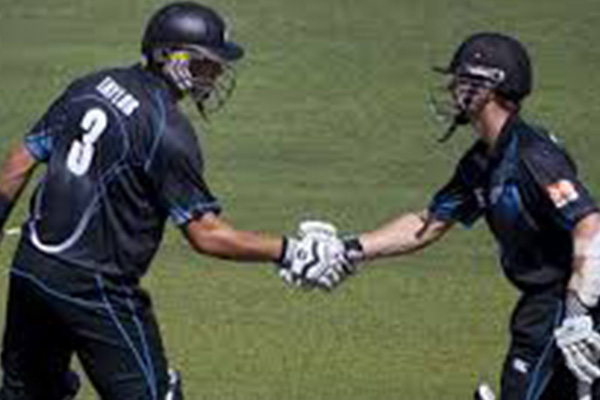 Kane Williamson and Ross Taylor refused to take their collective foot off India bowlers’ throats, as they took their partnership tally for the series to 463 – which is the highest for a total of four partnerships, and fourth-highest overall – setting India yet another 300-total, which India were always going to find difficult to chase with only two top specialist batsmen in any sort of form. In the process, Williamson set the New Zealand record for most runs in a bilateral series, his 361 being 18 more than Taylor’s, who became only the second New Zealander to have scored 10 ODI centuries. If it was the old firm with the bat, with the ball Matt Henry came out of nowhere to register the third-best debut figures for a New Zealander and consign India to a 4-0 defeat, who are yet to win a match since they began touring in December.

It was almost like a contest for the Man-of-the-Series award between Taylor and Williamson, who came together at 41 for 2 in the 13th over. They had added 311 in the three chances they had got to bat together in the series, but this time New Zealand were most desperate for runs from them. And they delivered, forging a 152-run partnership to not only shore them up, but give them the momentum as well.