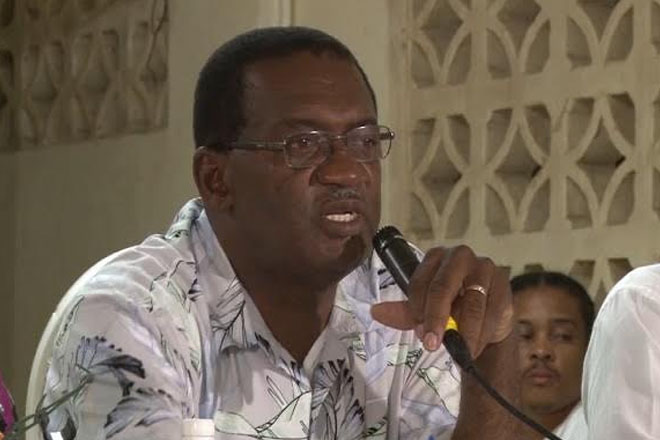 (ZIZ News) — Minister Responsible for Human Settlement, Hon. Eugene Hamilton has promised the residents of Constituency #6 that the Team Unity Government is addressing their housing needs as a top priority.

During a recent town hall meeting, Minister Hamilton outlined some of the steps the government has taken to reduce the overall cost of building a house.

“Consider that you, from the outset, through your wages, contribute to building a house. Because of that, we also say it’s an affordable house and we ask each contractor to take less for building the house…which they do. And so when the house is delivered to you, we expect that you will get a house that is not choking you to death with costs,” he said.

“You can help your government and help yourself if you make a concerted effort to ensure that what you have to pay monthly for these houses are paid. For when you do that it means you make it easier for us to do something for the next person who does not have that facility,” he said.

Minister Hamilton was one of several government ministers who gave an update on the work done by the Team Unity Government since it took office in February.