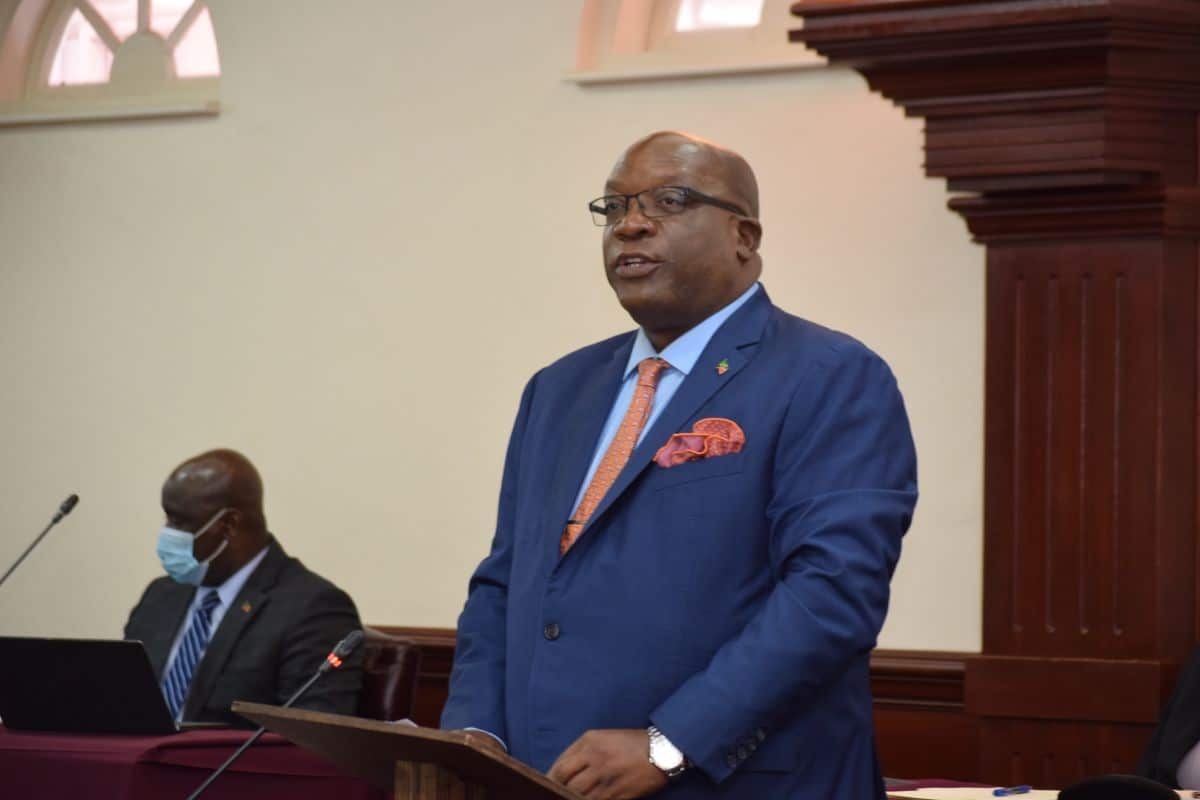 BASSETERRE, St. Kitts, November 17, 2020 (Press Unit in the Office of the Prime Minister) – By making the necessary legislative amendments now, the Government of St. Kitts and Nevis is ensuring that the twin-island Federation is never again listed as a non-cooperative tax jurisdiction – a classification that causes significant reputational damage to listed nations.

“A blacklist is a signal to the rest of the world, with whom you are engaged, that something is awry with some aspect of the governance agenda. Therefore Mr. Speaker, we will not chance those things. We have come a long way. We have, in the past, been blacklisted on several occasions and those who had been involved know how hard and difficult it was to move from that dissent to a place again of recognition as one who was cooperating with the good governance agenda,” said Prime Minister and Minister of Finance, Dr. the Honourable Timothy Harris, during the Tuesday, November 17 Sitting of the National Assembly.

In February of this year, St. Kitts and Nevis was removed from the European Union’s (EU) List of Non-Cooperative Jurisdictions. The European Council stated that the Federation of St. Kitts and Nevis has “managed to implement all the necessary reforms to comply with EU tax good governance principles ahead of the agreed deadline and [is] therefore removed from Annex II.” Annex II is referred to as the grey list while Annex I is called the blacklist.

“It meant that in December [2019] after the Budget, we had to go to the Parliament again to meet certain deadlines so as to ensure that by the official deadline they had given by the end of the year, our legislative framework was consistent with their expectations. So we have come a long way to get where we are, and it would be foolish if having worked so diligently over this long stead to get us back to where we ought to be at the apex of highly performing countries that we would allow any stubbornness to take us back down from whence we came,” the prime minister said.

The Government of St. Kitts and Nevis today tabled before the National Assembly the Income Tax (Amendment) Bill, 2020 which seeks to bring clarity to the existing legislation. The Bill will provide the entities operating in the Financial Services Sector and other sectors of the Federation’s economy with the clarity and certainty they require to continue to operate with confidence, to grow and to increase their contribution to the economic advancement of the Federation.

Prime Minister Harris said the amendments to the Bill will further ensure full compliance with international good governance standards and will ensure that St. Kitts and Nevis meets its commitments to the EU and the Organisation for Economic Co-operation and Development (OECD), and in so doing, avoid the reputational damage.