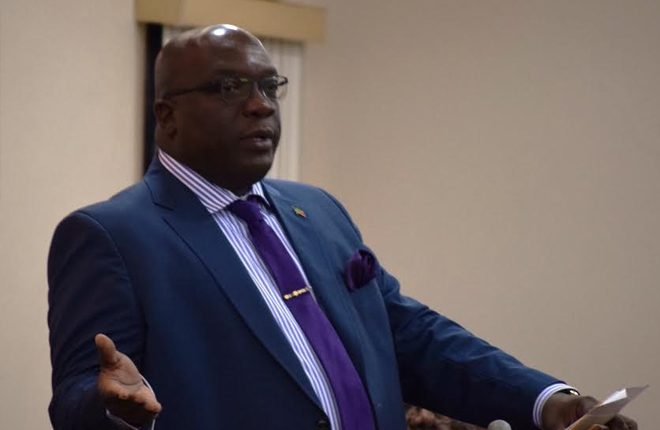 (PRESS SEC) — The Team Unity Government reiterated during this month’s National Assembly proceedings its commitment to properly managing the affairs of St. Kitts and Nevis and ameliorating arrangements that were entered into without due diligence and feasibility studies under the previous administration.

Moreover, the Team Unity administration resolves to abide by high levels of accountability and transparency to the public that were lacking under the former administration.

“There was a serious exhibition and demonstration of mismanagement of the affairs of this country [under the previous administration], a serious mismanagement of the resources of this country, and no effort being made to use the resources to establish a sound economic footing for the people and the future development of St. Kitts and Nevis,” Premier of Nevis the Honourable Vance Amory said during the Budget Debate in the National Assembly on Friday, December 9th, 2016.

The Honourable Vance Amory, who is Senior Minister in the Team Unity Government, also said that, “We tend to forget very easily where we have come from and the pain to which the former government took us, the people of St. Kitts and Nevis, through over 20 years.  It is not just the pain of the bludgeoning of criminal activity.  It is more than that, even though that is the high point of our pain.”

Premier Amory, speaking in the National Assembly on Friday, December 9th, continued: “It is also the pain of our people, having to be burdened with seriously heavy tax burdens so that we could keep the name of our Federation of St. Kitts and Nevis…to restore some credibility and creditworthiness to our country.  Three billion dollars worth of debt; National Bank under stress; the churches that invested in bonds, having to take a haircut of 50 percent, individuals and external lenders to the government, having to do the same thing.  These are issues, which our people must never be allowed to forget because they are real.”

When Prime Minister Dr. the Honourable Timothy Harris reported the findings of Ernst & Young – one of the “Big 4” accounting firms in the world – during the following week on Tuesday, December 13th in the National Assembly, he told the people of St. Kitts and Nevis that, “As if to further facilitate bad practices, the [previous] Board allowed the SIDF [Sugar Industry Diversification Foundation] to be operated for well over eight years without bylaws and also without any formal internal process for feasibility assessments, return on investment analyses, and risk assessments, despite distributing vast sums of money which belonged to the people of St. Kitts and Nevis.”

The Honourable Prime Minister revealed that Ernst & Young found that the SIDF – since its inception 10 years ago through the year 2014 – was the beneficiary of approximately $1.5 billion.  “However, over this same period, the SIDF has spent over $1 billion of that $1.5 billion that it had received,” Dr. Harris said.

Prime Minister Harris also reported that, in the year 2010, the SIDF made an initial investment of US$11.1 million into Belmont Resorts Limited, the legal entity that owns, constructs and manages Kittitian Hill.  This investment, which comprised a US$5.7 million loan and a share capital purchase of US$5.4 million, resulted in the SIDF becoming a 60 percent shareholder of Belmont Resorts Limited.

The SIDF’s exposure to the Kittitian Hill project, Dr. Harris said, is now approximately EC$78.3 million: $51.8 million in shareholder loans and $26.4 million in equity, representing a 90 percent ownership stake. “The SIDF, as presently constituted, is left with the daunting task of doing all that it can do to curb the expenditure and salvage the investment,” the Honourable Prime Minister said last Tuesday in the National Assembly.

To this end, Prime Minister Dr. the Honourable Timothy Harris said last Tuesday that the new Board of Councilors of the SIDF has conducted a thorough review of Belmont Resorts Limited and its associated companies.  Such a review was done for the first time under the SIDF’s current Board, which now has control of all financial aspects of Kittitian Hill and is responsible for the financial operations of Belmont Resorts Limited.

“While completion of construction is being pursued, efforts are underway to identify and retain a specialist entity which will take over the management of the hotel until a suitable buyer or investor can be found to relieve the SIDF of all, if not the majority, of its shareholding,” Prime Minister Harris said in the National Assembly.

Dr. Harris added that, “We have since learnt that in May 2013 – again without any deliberations, without any feasibility study and/or due diligence – that the SIDF then spent a further sum of EC$6.5 million to purchase the Golden Lemon Hotel for Belmont Resorts Limited…so that Kittitian Hill would have private access to a beach…One would have thought that consideration would have been given to whether beach access was necessary at the project’s inception, or whether it was wise to invest such large sums of money at this very late stage.  Again, it is of great concern that this purchase was made in such a hurried manner and without proper consideration, and of course while all these things were happening, nobody was saying anything to the country.”

The Prime Minister of St. Kitts and Nevis continued: “Nobody was being made any wiser.  Significant transfers, significant investment, significant decisions that impacted upon the resources of the SIDF were being made then during the tenure of the last administration and nothing was being said to the public.”