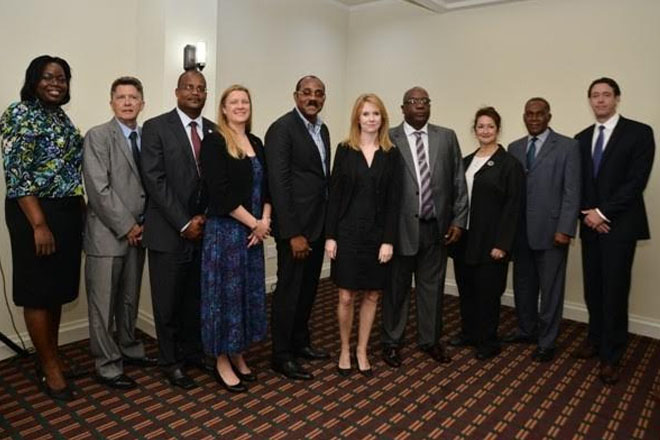 Basseterre, St. Kitts — Prime Minister, Dr. the Hon. Timothy Harris reinforced the Team Unity government’s fresh, collaborative approach when he outlined his administration’s work with other governments to ensure a new, enhanced and sustainable Citizenship-by-Investment (CBI) programme in St. Kitts and Nevis. He was at the time making a report to the nation at the beginning of the first working session of Parliament, on Tuesday, June 30th, 2015.

He said that since its inception the CBI has played a very important role in the socio-economic development of our country. “This Program introduced in 1984, has been given much significance as a contributor to economic development post 2010. Indeed the IMF reports indicate that the Citizenship-by-Investment programme’s contribution to GDP moved from less than 2 percent in the pre-2006 era, to a high of 14 to 25 percent post 2010. The proceeds of the CBI programme have accounted for well over 35 percent of government revenue in recent times.”

Dr. Harris spoke of the recent challenges faced by the programme and the eventual dramatic actions taken by friendly governments as a consequence of the unsatisfactory way the CBI was being managed by the previous administration. He said that immediately upon taking office on February 16th, 2015, the new Team Unity government set about to “undergird” the program by taking swift action to “reset relations” with foreign governments that had expressed serious concerns about the “lax controls” in the programme and the apparent inability or unwillingness of the previous administration to keep its public pledge to “improve these controls”.

“Mr. Speaker, I am happy to report that our engagements with the governments of the U.S.A., the United Kingdom, Canada and the European Union have been many as they have been productive. Whilst every element of those engagements cannot be put in the public domain for security and other reasons of international diplomacy, I can report that there is a renewed level of trust, confidence and goodwill between our governments”, the Prime Minister said.

Dr. Harris praised the efforts of his other cabinet colleagues. “I want to record my appreciation to my colleague, the Hon. Minister of Foreign Affairs, Mark Brantley and the Hon. Attorney General, Vincent Byron, who have been as much a part of these bilateral engagements as I have been. The Hon. Mark Brantley has pursued this foreign policy assignment with a tenacity which is commendable. Yesterday at Cabinet the Foreign Affairs Minister reported on his meetings with representatives of the US government. I felt a sense of our collective vindication when he reported that the United States government was positive and pleased about the level of cooperation on the CBI programme that this new Team Unity Government has delivered.”

During the session, the Prime Minister and Minister responsible for National Security, introduced for first reading, “The St. Christopher and Nevis Citizenship (Amendment) Bill, 2015” which seeks to give legislative authority to the Minister of National Security to act in the “interest of defence, public safety or public order”, by excluding persons from applying for citizenship of St. Christopher and Nevis if that person is engaged in, or from a country deemed to sponsor, “activities prohibited under the Proceeds of Crime Act Cap. 4.28, the Anti-Terrorism Act Cap. 4.02 or such other Acts, Regulations, Codes or Guidelines relating to terrorism, money laundering or the financing of terrorism.”

Prime Minister Harris said the ultimate aim of his administration is to clear the good name of St. Kitts and Nevis which was tarnished during the tenure of the previous administration. “We will not sit on our laurels and we will prove ourselves as a worthy and reliable international partner in the fight against illicit and criminal actors and activities. We have worked and will continue to work with these and other governments to ensure a new and enhanced programme.”