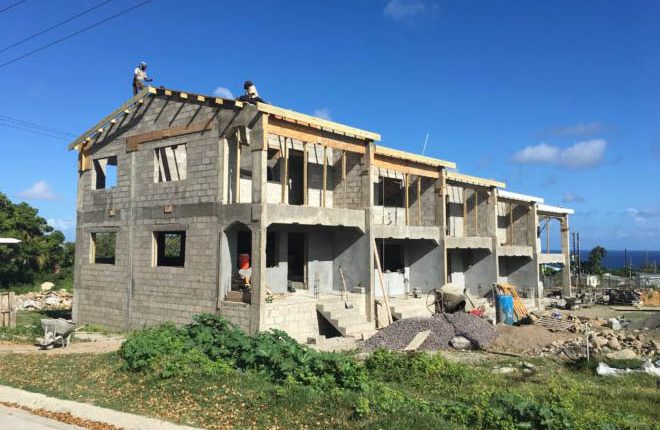 Team Unity’s housing initiatives to impact the lives of over 600 families in St. Kitts and Nevis

(Press Unit in the Office of the Prime Minister) – Prime Minister Dr. the Honourable Timothy Harris said his Team Unity Government is making good on its promise of providing more homes for the people of St. Kitts and Nevis, as he revealed that close to 500 homes will soon be constructed and made available to the people under the various housing initiatives.

Addressing the nation during his press conference held at the Parliamentary Lounge at Government Headquarters on Wednesday, August 2, Prime Minister Harris reported that the National Housing Corporation (NHC), under the Unity Housing Solutions Programme, has made progress on 127 housing units to date, with houses being constructed in every constituency.

“You would recall that before we started this year with this programme [the Unity Housing Solutions Programme], which we launched around February or thereabout, we had already given out 84 houses completed. So, in just over two years, we would have delivered 211 Unity Housing Solutions,” the prime minister said, adding that construction on another 100 units will soon commence.

Furthermore, Dr. Harris stated another 263 persons have benefitted under the Government’s first time homeowners programme, which was earlier this year extended to the end of December 2018.

Under this programme, successful applicants are able to receive waiver of customs service charges and duty free concessions on building materials for property to the tune of 400,000 dollars.

“In the reports that I’ve had from the Ministry of Finance, this programme has cost us in terms of revenue foregone over $2 million plus in taxes. But what it did is that it made mortgage financing affordable, particularly for our civil servants. 263 of them have benefitted since Team Unity came to office in 2015,” Prime Minister Harris noted.

The honourable prime minister continued: “So you have 211 one way [and] you have 263 bringing a total of 474 persons who have now been provided with the opportunity for home ownership under this Government.”

Prime Minister Harris also made mention of the HELP (Housing Enhancement Loan Programme) from which 200 families have “received assistance to repair and renovate their homes, costing the NHC to date $2.84 million to service these families. When you add it all up, 211 plus 263 plus 200, we’re talking about 664 families who, if they are mindful, can say thank you Team Unity, you are doing a very good job.”

With reference to the Unity Housing Solutions Programme, Minister responsible for Human Settlement, the Honourable Eugene Hamilton disclosed in a press release dated July 25, 2017, that some lots are cleared while others are in preparation for ground flooring, casting, installation of roofs, windows and doors and preparation for finishing.

The minister also stated that over 80 contractors and over 20 heavy equipment operators have been employed to date, with more expected to be contracted as the housing programme continues.