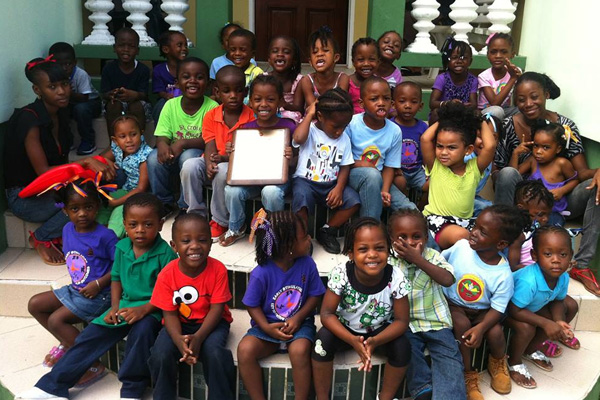 Basseterre, St. Kitts — The UNITY team has embarked on the campaign that will usher in a new era in the social, economic and political life of the Federation. To this end, in the first public meeting since its historic launch, it began the roll out of its “Prosperity Agenda”. A large crowd gathered at George Street, in East Basseterre to hear the team discuss the issue of universal access to early childhood education.

This is a visionary policy for a wide variety of reasons. It is common knowledge that this Federation is confronting a serious social and economic crisis in the form of epidemic violence among young men. The pathologies faced by far too many youth including entrenched poverty, fatherlessness; chronic unemployment and poor educational attainment are well known. Yet, the usual interventions which begin when children start school at the age of 5 are clearly not meeting obvious needs.

Modern research indicates that the key may well be that the interventions are occurring much too late in life. Over the last two decades especially in Europe educators, sociologists and other experts have observed that enrichment in the very earliest years prove invaluable to the educational success and quality of life of children throughout their school years and into adulthood. This research has led to the development of myriad of products for the development of babies such as Baby Mozart.

This has meant that children born with significant social capital in the form of parents who are highly educated, married and well employed and therefore who ensure that their children have access to substantial enrichment opportunities have extended an already troubling gap between middle and working classes. These children enjoy excellent nutrition; are read to regularly from their infancy, are given lessons in art or music or foreign languages from well below kindergarten age and live in a secure environment.

It is not possible for public policy to enforce prescriptions about individuals forming their families and so impoverished and uneducated single parent homes will remain with us but significant early childhood education can go a long way to alleviate the effects of these kinds of environments. This is the impetus for the development of initiatives like Head Start in the United States.

At present only about half of all children participate in the public early childhood programme in St. Kitts and Nevis. Undoubtedly the fact that it is not freely available is a part of the reason for this. The poorest among us work for $320 each week from which tax deductions are taken so they take home $304. This meager amount must pay transport to work at least 5 days per week, pay all utility bills, pay for housing and pay VAT. The cost of 5% of this take home pay for each child in preschool is simply too much for them to afford. As a result their children fall even further behind and society suffers.

This will change with a new Government of National Unity which will implement universal early childhood education. In this way the poorest children will no longer be shackled to the reduced opportunities of their parents.

This is just the beginning of a revolution in social development that will begin as we emerge from the burden that is the Douglas regime. It cannot happen soon enough.